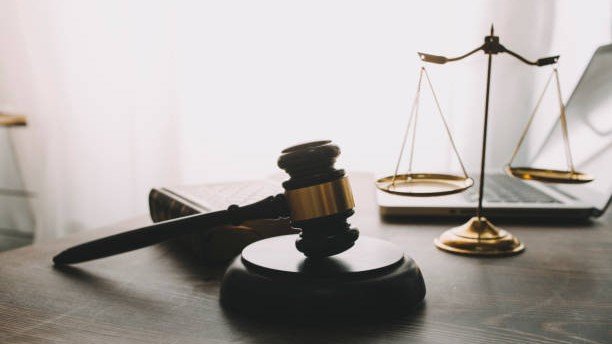 Jakarta — Concerns about the Criminal Code (KUHP) which threatens freedom of the press for expression and opinion are considered inappropriate. This is because the press has its own rules, namely the Press Law No. 40 of 1999.

Journalists carry out their duties to write news and broadcast it to the public. A reporter or journalist covers an event and then writes about it in a newspaper or online media. Their position is highly respected by society because they are mouthpieces of the latest information in Indonesia and in the world. They covered a lot of news, including the inauguration of the Criminal Code (KUHP).

The community also pays close attention to several articles in the Criminal Code. Moreover, there are many articles that revamp the law which is more than 100 years old. Meanwhile, some journalists are worried because there are articles that are considered to prohibit press freedom. Even though nothing is prohibited, it’s just that it is regulated so that it is even better and in accordance with the norms in Indonesia.

Press Law Expert and Journalistic Code of Ethics , Wina Armada, stated that the Criminal Code does not apply within the scope of the mechanism and implementation of press freedom. Specifically for the implementation and freedom of the press, the reference is the Press Law Number 40 of 1999. As far as the press is concerned, the Press Law is the priority law. All press issues are regulated by this Law.

In a sense, the Press Law protects and regulates journalists. Here the Criminal Code does not apply to members of the press and their freedom is not deprived. They can still get coverage as usual and are not afraid that they will be subject to articles of the Criminal Code.

Until now, the entire press is protected by the Press Law. It is impossible that the Criminal Code prohibits freedom of the press and conflicts with other laws. It is hoped that journalists will be patient and not reject the Criminal Code outright.

Other articles in the Criminal Code that are considered to prohibit press freedom are Article 218 which prohibits insulting the president and vice president. The contents of this article should not be used as an attack on the government, which is considered to have prohibited the work of journalists who like to criticize. They need to distinguish between criticism and insults.

Harsh criticism that ended in insults occurred after the gates of reform were opened. Since 1998, people have enjoyed freedom of expression, including freedom of the press. If in the past journalists were afraid to criticize the government because their media could be banned (forced to close), now they are allowed to criticize. They are no longer afraid of Peter’s threats and attacks.

But it’s a shame that the criticism in the mass media and electronics is , on average , blasphemous. Even though times are very different and Indonesia’s situation was much better during the reign of President Jokowi. Don’t all journalists criticize and equate the current government with the rigid New Order era.

Even the words of President Jokowi or Vice President KH Ma’ruf Amin can also be ‘fried’ or distorted, so that they can create a stir in society. There is also electronic media that cuts the video containing the president’s speech but because it is only in the form of a clip, it cannot display the true intent of the speech.

Meanwhile, Minister of Law and Human Rights Yasonna Laoly stated that the government had not banned press freedom in Indonesia. However, the freedom given does not mean it is unlimited, because if it is too liberal it will become anarchist. For example, in the Criminal Code section of the contempt of court article, which prohibits publication of closed court results, because it can affect the independence of the court.

Yasonna continued, if there is publication when it is clear that the trial is closed, then it is tantamount to writing news from sources. Even though it was clear that the interview was off the record . If journalists are desperate to write about it, it means they are not maintaining their own credibility.

In a sense, this is tantamount to violating the journalistic code of ethics, because it does not respect sources and courts. The behavior of unscrupulous journalists like this will be regulated by the Criminal Code, in order to maintain the quality of news and prevent practices that violate rules and norms . Therefore, it is hoped that all parties can review the articles in the Criminal Code.

The government made the Criminal Code so that criminal law in Indonesia was regulated and adapted to the times, because the legal roots of the old version of the Criminal Code were Dutch inheritance law. The Criminal Code was created to regulate society. This law has never prohibited press freedom, instead it has made reports clearer and has not only sold click bait .

Job Creation Perppu Regulates a Minimum Wage, Aligning the Interests of All Parties