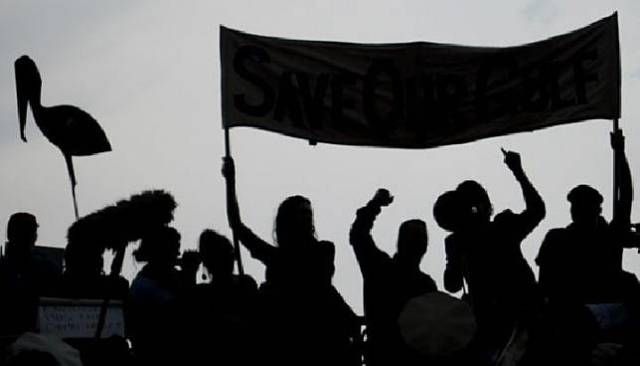 The demonstration carried out in front of the DPR / MPR building some time ago was an action to protest the Draft Ideology of the Pancasila Policy. The mass action was attended by members of several CSOs who did not agree with the HIP Bill. The demonstration was allegedly ridden by pro-Khilafah organizations that took advantage of the moment when the government was accused of being pro-communism.

The Draft Proposition on Pancasila Ideology is still a polemic in the community. Although it is clear that this bill was postponed and the president rejected it, there are still many members of mass organizations who do not believe, even dare to slander the government. They also alleged that the current government was pro-PKI, because the draft law did not include the TAP MPRS XXV 1966 concerning the prohibition of communism in Indonesia.

In this time of concern we should think more about ways to maintain political stability. Moreover, the demonstration against the HIP bill which he said was pro-communism could have been ridden by anti-government groups. This was conveyed by the chairman of the DPP Santri Indonesia Communication Forum (FOKSI), Muhammad Natsir Sahib.

So who initiated the demonstration against the HIP Bill? They are members of mass organizations who want to establish a khilafah state and refuse to recognize the president and his government. Some of these mass organizations may become members of radical groups and reject the Pancasila principle. For those who are most important, they are a state based on religion, so rejecting Pancasila is included in the organization’s statutes. This is very sad because it turns out they are anti-Pancasila but are holding a demonstration about the Law which is said to tarnish Pancasila.

Worse yet, there was a group of demonstrators who took the hammer and sickle flag and the PDIP flag, then set it on fire as a form of protest. This is certainly mandatory because the hammer and sickle flag is certainly not sold on the market. It could be that the demonstrators even screened it themselves. The existence of the PKI flag which is always carried along with the PDIP flag is proof that there are provocateurs riding demonstrations against the HIP Bill. So it is as if the president who is a PDIP cadre is a person who approves of the flow of communism. Though clearly not.

The current status of the HIP Bill is returned to the DPR for evaluation. So when there is a demonstration that demands the president to revoke his proposal, it certainly cannot be done. Because the one who has the right is the proposer, the DPR faction. Moreover, now they are still in a meeting and plan to include the MPRS TAP which prohibits communism and marxism in Indonesia. So the accusation that the current government is pro PKI is certainly wrong address.

The issue of the HIP Bill was used by radicals to pitting people against the government. So they want many people who come to hate the government and try to instigate that the president is a pro PKI person. Then when the provocation was successful, they could easily persuade people to join the radical organizations to realize the Caliphate state.

As Indonesian people, we cannot be easily provoked. Don’t believe too much with the news out there and investigate the truth. When there is a demonstration against the HIP Bill, first see what exactly causes the demonstration to be held. Because it could be a case of intentionally ‘fried’ to provoke the community, so they come to hate the government.