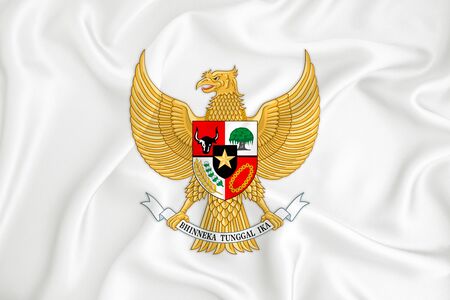 Pancasila is the basis of the state and should not only be memorized, because implementing each of its precepts can facilitate daily life. By strengthening Pancasila and nationalism, it can counteract foreign ideologies such as radicalism which is very dangerous. So that Indonesia will be safe and prosperous.

June 1 is the magic day of Pancasila but have we applied it in everyday life? Or maybe Pancasila is just a decoration on the wall that is seen and memorized. Of course this is not true, because implementing Pancasila is an obligation for every Indonesian citizen.

Pancasila is also very useful to ward off foreign ideologies . Why should it be foreign? Because since the reform era, there has been an overflow of information flow via the internet, and foreign ideologies can freely influence society, especially the younger generation. Not all things that smell foreign are good, for example communism, radicalism, extremism, etc. So this ideology must be eradicated.

According to Indah Pangestu, a researcher from the Center for National Security Studies at Bhayangkara University, understanding and practicing Pancasila needs to be carried out to all levels of society, to prevent the entry of negative foreign ideologies. In a sense, when civilians love Pancasila, they will not be easily swept away by the negative currents of foreign ideologies.

Implementation of Pancasila can be done from home to school, because home is the first place of education for children, and the younger generation needs to be taught to love Pancasila in order to become brilliant citizens. For example, mothers teach children to obey God by diligently praying and worshiping, and practicing the first precepts of Pancasila.

This is also continued at school, for example when you go home and it is time for worship, you don’t immediately leave the school area. Instead, look for a house of worship first to pray to Him solemnly. So that the heart will be calm and not easy to release negative emotions.

If the first precepts are implemented then foreign ideologies such as radicalism will be repelled, because they do not teach walas-asih. In fact, God is merciful and does not allow any bombing of public facilities, especially by ‘baiting’ the bride and groom with bombs.

The second precept of Pancasila is just and civilized humanity. Children are taught to be sensitive and empathetic to others, and to be fair to everyone. So they are not easily influenced by the ideology of radicalism, which is often unfair to people with other beliefs, because they are considered enemies. Radicalism is truly uncivilized and injures Pancasila.

The third principle of Pancasila, namely the unity of Indonesia, is implemented by teaching children that the people of the Republic of Indonesia are united and united to fight radicalism. If there are separatist and terrorist groups, all the people will fight, because the perpetrators are only a small number of people whose brains have been washed. If all Indonesian citizens unite, the terrorists will be defeated and leave the land of Indonesia.

While the fourth principle of Pancasila is democracy led by wisdom in deliberation/representation. The implementation is by deliberation if there is something, and not forcing opinions on others. If children understand this from a young age, they will avoid being authoritarian.

Children will understand that forcing opinions is wrong, and radical groups who are often adamant to justify their opinions to form a khilafiyah state are a big mistake. Because Indonesia is a pluralistic country and does not fit into this kind of system and this foreign ideology is very destructive.

By implementing Pancasila, all Indonesian citizens will be protected from contamination by foreign ideologies, especially radicalism, extremism, terrorism, and separatism. We must teach Pancasila, especially to children, and don’t let it just become a slogan on paper.

KST Source of Conflict for the Papuan Community