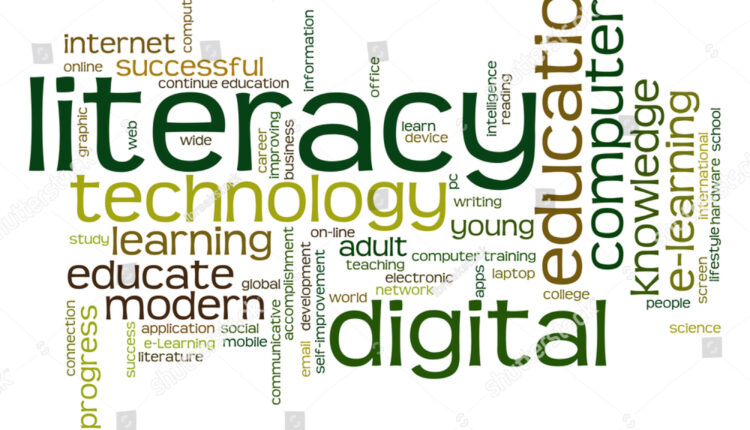 Digital Literacy Prevents the Spread of Radicalism on Social Media

It is known that radicalism has penetrated into the world of social media. This should be watched out for, because radicalism is a destroyer of the nation. One way to prevent the spread of radicalism in cyberspace is through increasing good and correct digital literacy.

Literacy is very important in the use of digital media technology. Digital literacy is the knowledge and skills of users in utilizing digital media, such as communication tools, internet networks, and so on. User skills in digital literacy include the ability to find, work on, evaluate, use, create and utilize them wisely, intelligently, carefully and precisely according to their use. Digital literacy has various benefits, among others, to add insight, improve individual verbal abilities, and improve critical thinking skills.

With the rise of digital technology, there will be a lot of information flow circulating in cyberspace. Sources of information that are widely available in cyberspace are sometimes not clearly known for their credibility. So this can be a challenge in increasing digital literacy. In addition, there is also a lot of negative content such as pornographic content, hate speech, radicalism, and fake news that are widespread in cyberspace that require good analytical skills for users so that they are not influenced by negative content, in other words, filter before sharing.

Facebook, Instagram, Twitter are social media that are widely used in Indonesia. Social media, whose original purpose was to serve as a medium to build friendships, share information, improve hobbies and skills, should be free from fake news content, hate speech, and radicalism.

So far, it is known that social media is often used to spread radicalism, intolerance, and terrorism. Main Analyst of Special Detachment 88 (Densus 88) Anti-terror Police Brigadier General (Brigjen) Ibnu Suhaendra explained that one can easily find teachings on suicide bombing or martyrdom guidelines and other radical teachings on social media.

The same thing was also expressed by cultural observer who is also a member of the Special Staff of the Pancasila Ideology Development Agency (BPIP), Father Benny Susatyo. He admitted that he was concerned about the condition of using social media in the country. The biggest challenge for the Indonesian people today is to maintain the dignity of the nation by maintaining Pancasila in the realm of social media. By referring to Pancasila, we have practiced religion correctly, wisely, and wisely.

Member of Commission I DPR RI Taufiq R Abdullah reminded the need to increase vigilance against the spread of radicalism in social media. This is because the callers of radicalism feel that social media is the most effective medium to spread their propaganda and to influence the younger generation.

Taufiq added that the massive spread of radicalism in social media has had a tremendous impact on the younger generation, especially middle and high school students. This is because adolescence is a period of vulnerability to the search for identity, and is very vulnerable to being exposed to the influence of radicalism.

This is like what happened in 2015, where an Indonesian citizen (WNI) asked his entire family to move to Syria, after ISIS campaigned for a new life in an Islamic country. An Indonesian citizen named Nurshadrina Khaira Dhania is an Indonesian citizen who was rescued from Syria after the fall of ISIS. He admitted that he was influenced by radicalism from the spread of radical content on the internet when he was 16 years old.

Increasing digital literacy is very necessary because Indonesia is one of the countries with the largest internet users in the world, and has a very large number of active social media users. With good socialization and digital literacy, the public is expected to be wiser and not violate Law Number 19 of 2016 concerning Information and Electronic Transactions, or better known as the ITE Law in social media.

Digital literacy in the use of social media indirectly demands maturity from the wearer. The large flow of information circulating in cyberspace, must be balanced with the ability to think critically. Critical thinking is needed so that we can filter the information circulating whether it is a truth that brings benefits, or a writing that can fuel hostility.

The public should think carefully about the content they post, whether it is in the form of facts, opinions, or only in the form of writings whose author’s credibility is unknown. The public as users should also think about the impact that may arise from content published on social media. Because without careful thought, the published content could potentially violate the law, and not be useful for others, especially if the content leads to acts of radicalism or terrorism.

The development of digital technology is something that we cannot deny the process and time, because it is a necessity. As a society, we should take maximum advantage of technological developments and try to minimize the potential for harm, especially in social media. With efforts to improve digital literacy, we welcome a safe Indonesia away from all threats of hate speech, fake news and the spread of radicalism on social media.