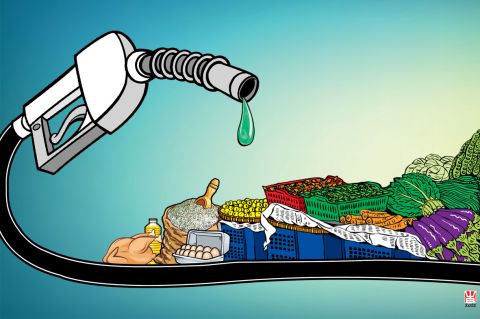 The distribution scheme of Direct Cash Assistance (BLT) for Fuel Oil (BBM) carried out by the government is as good as possible and right on target to the community. This will obviously be able to overcome the impact of inflation and can also convince investors to invest in Indonesia.

“This is because the policy is in accordance with the principle of the benefit of the people,” said the man who is often called Gus Fahrur.

Even so, he also added that after all the government must also focus on mitigating the impact of the fuel price adjustment.

Therefore, Kyai Fahrur Rozi emphasized that there must be an escort so that the distribution of BLT BBM can be guaranteed to be right on target.

“There must be an escort so that the fuel subsidy does not fall into the hands of those who are not entitled. Because according to Islamic jurisprudence, the only people who can be helped are the less fortunate. So when the government diverts fuel subsidies to people who can’t afford it and who are more entitled, and for the benefit of the benefit, PBNU fully supports it,” he explained in a discussion on television stations, Tuesday (13/9).

The policy that is currently being carried out by the government, namely reallocating the APBN for fuel subsidies and then also providing BLT to the community, according to the PBNU Chair, is a very appropriate thing.

“BLT will be very helpful for people whose income is very low. Meanwhile, the transfer of subsidies is also directed to other sectors such as education, health, the benefits of which can be felt by everyone. People have to start thrifting and wisely prioritize which one is more important,” he added.

In fact, PBNU itself will also be a pioneer in overseeing the running of the government so that the policies implemented do not harm the sustainability of this nation.

“PBNU invites the public to protect this country from becoming a failed state. If the debt is too large and subsidies are continuously taken from debt, then Indonesia can go bankrupt and it will be a burden for our children and grandchildren in the future, “said Gus Fahrur.

Regarding the data validation of BLT BBM recipients, according to him, it is also very important to continue to be sure and monitored. In addition, Gus Fahrur appealed that the government could involve mass organizations in supervising the distribution of BLT BBM.

“In distributing social assistance, data validation is very important. The government also continues to calculate in order to anticipate the impact of fuel price adjustments. The government can involve religious Community Organizations (Ormas) so that no one party can monopolize and can monitor the distribution of BLT so that it is right on target,” he said.

On the same occasion, the discussion which was also attended by the Director of SKSG, University of Indonesia (UI), Athor Subroto stated that the calculation of BLT BBM had been calculated very well by the government.

“The government’s economic team has certainly tried to calculate so that the amount of BLT can help the community’s needs. At least, people don’t lose their purchasing power,” he explained.

In fact, with the fuel price adjustment, the prices of other necessities will also be affected. However, a good calculation and proper distribution of BLT BBM will be able to handle the risk of inflation that may occur.

“The impact of this inflation must be handled from various sides, including one of which is that the government is currently providing BLT. This will be a balance, when there is inflation, there will be assistance from the government, “said Athor Subroto.

In fact, it is possible that if the BLT distributed can run well according to the target, investors will have more confidence in investing their capital in Indonesia.

“BLT will continue to be distributed so that people’s purchasing power remains strong. When investors see the movement of government policies that have been handled from various sides, investors will have more confidence by investing more in Indonesia,” he explained.

Anticipating the Increase in Covid-19 Cases with Vaccination