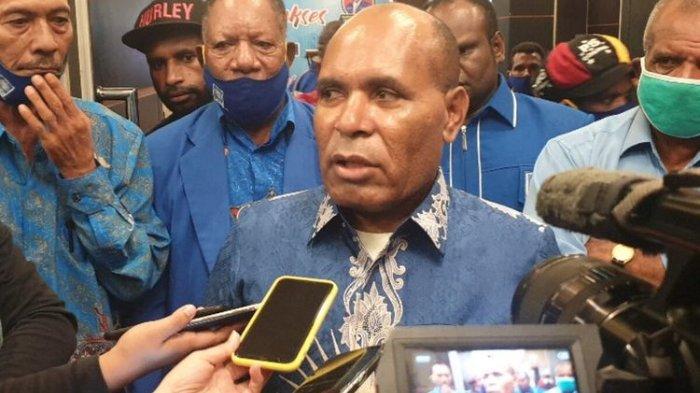 Don’t be provoked by hoaxes, Papuan people are asked to calm down

The Papuan people are asked to remain calm and not be provoked by hoaxes that can re-ignite the conflict in Yahukimo, Papua. Currently, the TNI/Polri, assisted by other agencies, are continuing to restore security and enforce law against those responsible for the riots.
Yakuhimo Regent Aboc Busup reportedly died on October 3, 2021 at around 09.30. The chairman of the Papua National Mandate Party (PAN) DPW did not die from being shot. Viva Yoga Mauladi as the Deputy Chairperson of PAN denied the accusations, saying that the Regent Yakuhimo died not because of a gunshot, his party was still asking for confirmation from the doctor because it was suspected that he had a sudden heart attack.

He explained that Aboc Busup had been in Jakarta for two days. He went to the capital city to take care of the SK DPD PAN to the DPP PAN office, and will follow the Technical Guidance for PAN Legislative Members throughout Indonesia. Because the event invited all DPW heads throughout Indonesia.

Viva Yoga said that his cadre, Abock Busup, was a party fighter. And in politics never say rude or yell. Viva also admitted that she lost a lot of cadres as well as colleagues. She said that Abock Busup was like his family. He also felt devastated and lost. For Viva, Abock was considered a brother and his own family.

According to Mumtaz, Abock was a formidable PAN fighter who managed to carve a new history of PAN in Papua with gold ink. Meanwhile, the Chairman of PAN, Zulkifli Hasan, also denied that West Java would circulate which stated that the riots between the Yali ethnic group and the Kimyal tribe in Yakuhimo Papua were triggered by the death of former Regent Abock Busup. Zulhas said the chaos was triggered by the change of district head in Yakuhimo.

Zulhas said that the current Regent of Yakuhimo had replaced the district heads in a number of areas in Yakuhimo. This then sparked a commotion among the residents. Noted, the riots between the two tribes killed 6 people and injured 41 people.

It is known that an attack on the Yali tribe was allegedly carried out by a community group from the Kimyal tribe, in Dekai District, Yakuhimo Regency, Papua at around 12.45 WIT.

The police are also still hunting for the spreader of the issue, which is said to be the cause of clashes between the two tribes in Yakuhimo, Papua. Dozens of witnesses have been examined. The results of the temporary investigation have not led to the spread of the issue, but it is known that the tribe that carried out the attack was known.

In addition, in the process of disclosing the case, the Papuan Police have examined 56 witnesses. In the near future, Rusdi said that the police will identify suspects. Rusdi said that there were still around 56 people who were being questioned. His party was waiting for news from the Papua Regional Police regarding several people who would be named suspects in the case of the riots between the two tribes.

Chaos between the two tribes broke out on October 3, 2021. The Yali Tribe was attacked by the Kimyal Tribe using arrows and machetes. The attack was led by the head of the Kimyal tribe, Morome Keya Busup. Law enforcement officers are asked to ensure the safety of residents living in Yakuhimo Papua, especially in the Dekai district.

Meanwhile, the Secretary of the DPR RI Faction, Achmad Baidowi, said that the security guarantee was aimed at avoiding civilian casualties. Baidowi also asked for strict action to be shown to the elements, who deliberately incite riots and take advantage of the current unfavorable situation and conditions.

Baidowi hopes that the legal apparatus needs to catch the “actors” behind the Yakuhimo riot and straighten out all the hoaxes that are deliberately used by certain groups to incite hostility and hatred. Baidowi also hopes that the security forces in handling the case need to pay attention to sensitive aspects, so that the riots do not spread. Because the riots initially occurred in houses of worship and were carried out by certain ethnic groups.

The security forces must be able to guarantee the security of those living in Yakuhimo, lest the riots that occur in one place will eventually lead to clashes between residents which will actually harm and destroy peace.