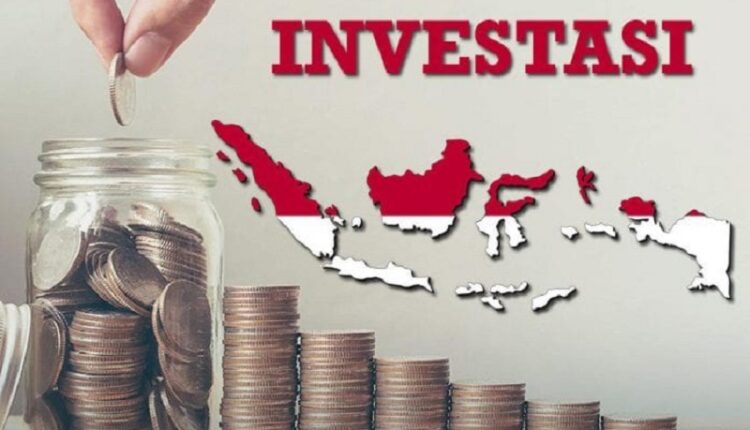 bali talk.id| The government continues to encourage industrial downstreaming to attract investment. With the investment, it will not only open up business opportunities but also create jobs so that the unemployment rate will decrease.

Investment Minister/Head of the Investment Coordinating Board (BKPM) Bahlil Lahadalia said the downstream policy made Indonesia respected by countries in the world. This is because downstreaming is an important instrument for developing countries to become developed countries.

Bahlil also said that downstreaming is one of the efforts to develop a sustainable industry that has been proven to have an impact on economic growth, job creation, as well as increasing state income.

The government is making serious efforts to encourage downstreaming in the creation of added value of natural resources, for example through the construction of a copper smelter by PT Freeport Indonesia (PT FI) in Gresik, East Java.

Furthermore, Bahlil also emphasized the importance of collaboration between downstream industry players and national entrepreneurs in the regions. It is intended that regional entrepreneurs become hosts in their own regions and get the maximum benefit from their natural resources. Bahlil explained that one of the goals of downstreaming is to create new centers of economic growth in the regions.

Meanwhile, Chairman of the board & CEO of Freeport Mc-MoRan Richard C Adkerson in his speech also expressed his pride for Freeport Mc-MoRan’s contribution through PT FI which has been operating in Indonesia since 1972 until now the mine in Papua has been fully operated by Indonesian citizens.

Richard also explained that the construction of a copper smelter in Gresik, East Java, is a form of PT FI’s commitment to the Indonesian government. He explained, indeed this requires a large capital, but the construction of this smelter is a matter of pride because it is the largest single line smelter that processes 1.7 million tons of copper concentrate per year. The benefits of this smelter far outweigh the investment, it also creates jobs and community development. Opportunities in the mining sector for the future are also still open.

With the same passion to support downstreaming, ITS Chancellor Mochamad Ashari added that currently ITS has designed and produced long boats for use on the Mamberamo River, Papua as well as two-wheeled electric vehicles with solar power used in mountainous areas in Papua. .

The construction of this smelter will certainly bring in investment for Indonesia, with the existence of this smelter, of course it will provide added value and have a good impact on Indonesia’s economic growth.

So far, the fastest PTFI has absorbed 98% of the workforce from Indonesia, of the 98%, 40% of workers who have worked at PTFI are Papuans. This is of course in accordance with the theme in scientific oration with local wisdom.

PT Freeport Indonesia President Director Tony Wenas said that by the end of this year the construction progress is targeted to reach 50 percent and mechanical construction will be completed by 2023. Then proceed with pre-commissioning so that in mid-2024 it can start production.

The objective of downstreaming the economy, of course, is to increase the selling value of commodities, strengthen the industrial structure, provide more jobs, and increase business opportunities in the country.

Therefore, the Ministry of Investment/Head of BKPM and PT Freeport Indonesia (PTFI) conducted scientific speeches to provide students with an understanding of downstreaming in Indonesia.

Downstreaming is also able to create jobs in the regions and provide opportunities for local communities to become entrepreneurs in their respective regions.

The Indonesian government is also intensifying downstreaming, particularly in the mining sector. Downstreaming is a strategy to increase the added value of exported commodities, no longer in the form of raw materials, but semi-finished or finished goods.

It should be noted that Indonesia’s investment needs are projected to reach Rp 5,800 trillion to Rp 5,900 trillion. Bappenas itself deliberately encourages investment growth of 6.4% in 2021.

Investment itself has a meaning if the purchase of capital goods that are not consumed, but to meet future needs. If investment income increases, of course it will encourage greater investment.

The conducive investment climate in Indonesia can certainly encourage someone to invest with the lowest possible risk and cost. But the results are quite large for a certain period of time.

Investment is a driving force for the country’s economy, so the government needs to maintain the state’s conduciveness and strive for downstreaming the economy in Indonesia so that investors are more interested in investing in Indonesia.

Downstreaming the economy in Indonesia is a real effort from the government to attract investors to be willing to invest in Indonesia, the fertile investment of course will have a positive impact on the national economy, one of which is the opening of job opportunities and absorption of labor.

G20 Provides Space for MSMEs to Compete in the Global Market