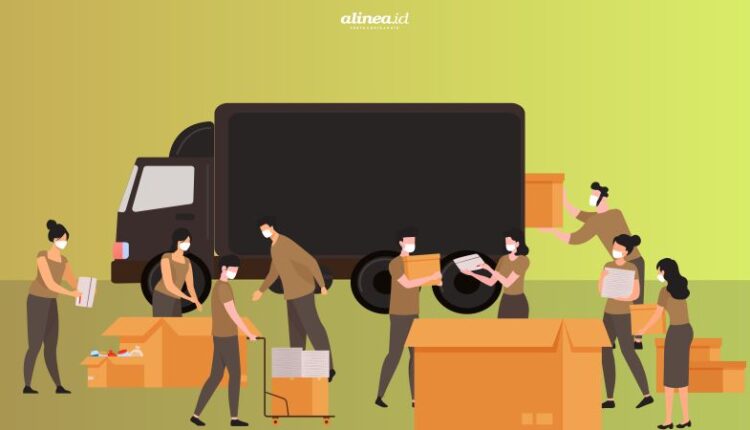 The easing of community activities during Eid is believed to be able to boost the economy very quickly. However, the public is asked to remain obedient to Prokes.

The pandemic has made the economy sluggish. The economic downturn arises because many companies are forced to cut employee salaries in order to survive. In addition, traders also complain that their sales are low because people choose to buy basic necessities and other basic needs, and reduce snacks outside.

However, the situation gradually improved. At the end of Ramadan and Eid holidays, markets and malls are lively again. People are starting to be able to go back to shopping for necessities to enliven the holiday, ranging from pastries, and various other necessities. The economy is healthy again because the velocity of money is also getting faster.

The Directorate General of Treasury of the Bangka Belitung Islands Province, said that the momentum of Eid 1443 H/2022 this year will have an impact on increasing the economy. The momentum of Eid is an accelerator of economic growth. Moreover, Hari Raya Allowance (THR) has been given. THR of 1 time salary plus 50% is an economic cushion to strengthen purchasing power.

Eid al-Fitr in 2022 is really a lever for the country’s economy. In just a few days, there was a turnover of 42 trillion rupiah. This number is certainly very fantastic because it has increased many times compared to last year. The Indonesian economy in the second quarter of 2022 could increase by 7% due to an increase in the economy during the Eid holiday.

The increase in the circulation of money naturally occurs because people are allowed to go home. They pay for train, bus, or plane tickets. Also buy food for souvenirs, new clothes, pastries, and so on. With the number of transactions, the velocity of money will take place more quickly, so that the country’s economy will increase.

The wheels of the Indonesian economy must be continuously rolled out because if left alone it will be dangerous, and can trigger a financial crisis. The way to move the wheels of the economy, of course, is to liven up the market and increase transactions, either cash or transfers. When people spend in large amounts, it will be very good for the country’s economy.

If after the Lebaran holiday the economy continues to run smoothly, we are optimistic that the situation will return to what it was before the pandemic, even better. When the economy recovers it will breathe a sigh of relief because it survived the threat of a terrible recession. We will not go bankrupt because the velocity of money is fast and people are proven to still like spending.

The amount of money spent by the community should not be viewed as a negative thing because it is not a waste. Massive spending that has been done from year to year. Apart from THR, people (especially those living in villages) also have cash savings and basic necessities, so that ahead of Lebaran, they can be used to celebrate Eid ul-Fitr lively.

With the improvement in the economy, coupled with a decrease in the curve of Corona patients, we are optimistic that Indonesia will be even healthier. Both from Covid and from the economic downturn. If a lot of people shop during the Eid holiday, it proves that the community is still strong in its economy even though it is still a pandemic.

Eid al-Fitr in 2022 feels very sweet because it can be celebrated at home and people are going home happily. The government is also happy because people spend their money so that the wheels of the country’s economy roll quickly. With this momentum, the people’s economy, which has been affected by the Covid-19 pandemic, will return to normal.

Obey the Government’s Rules when the Eid Holiday Backflown