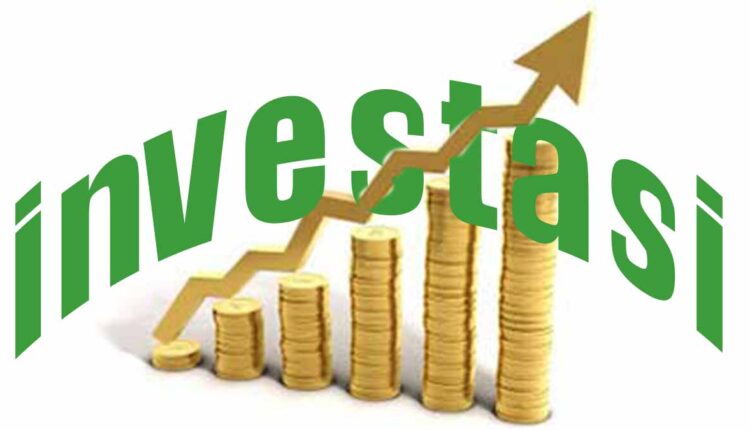 Economic cooperation, including between Indonesia and China, is projected in the future to be able to increase investment and also create greater job opportunities.

So far, China is known as one of the friendly countries that has always established economic cooperation with Indonesia. Moreover, since Indonesia has become the Presidency as well as the host of the International forum, the G20 Summit, the opportunity to continue to deepen this cooperation is wide open.

Recently, Indonesia and China will re-establish cooperation by planning to hold the G20 Entrepreneurship Roundtable Conference (ERC). The meeting was intended to be able to further support the development of entrepreneurship which has been established in a more sustainable and inclusive manner.

It is not without reason, the article is that in order to be able to face all kinds of challenges, changes and fluctuations in the world’s economy today, it is necessary to have mutually inclusive and mutually exclusive cooperation between countries. Because it is undeniable, the policies of one country will more or less have an impact on other countries. Moreover, to answer all kinds of challenges, it will be very difficult if a country only moves alone.

Furthermore, the purpose of the cooperation in the Entrepreneurship Roundtable Conference held between Indonesia and China will also focus on creating jobs that are much more stable. The reason is that the two countries have been exchanging workers with each other, whether it’s from Indonesia who was dispatched there as a TKI, or the Bamboo Curtain Country sent their foreign workers to the country, usually for several types of projects. Of course, with a commitment to make the employment climate more stable, it will benefit both parties.

Regarding the plan, the Secretary General of the Ministry of Manpower, Anwar Sanusi, mentioned it directly when attending a bilateral meeting with the Chinese delegation on the sidelines of the implementation of the first day of the Sixth Meeting of the G20 Employment Working Group (EWG Meeting) in Bali.

Furthermore, Anwar Sanusi also added that Indonesia as the Presidency of holding the G20 EWG Summit will directly collaborate with the Government of the People’s Republic of China (PRC) to hold a hybrid side event of the G20 ERC on October 20, 2022 in Indonesia and China.

However, it does not only involve China, but the agenda is also projected to involve all G20 member countries, including several international organizations, business people, academics and other relevant stakeholders who are concerned in the field of entrepreneurship issues and expanding job opportunities.

All interested parties must indeed be invited thoroughly because goodness for the sake of accelerating economic improvement will not be possible if it is only carried out by a few parties without the synergistic assistance of various stakeholders.

Moreover, regarding the issue of entrepreneurship, which Indonesia itself can say so far, its economic fundamentals have always been strong because it is supported by how fast trading activities are at the level of MSMEs in the country. In addition, regarding the expansion of job opportunities, this is an equally important topic because Indonesia has a large number of people of productive age or is experiencing a demographic spike, which also indirectly makes job opportunities more difficult because of the large number of people who have to compete. With the expansion of job opportunities, it is hoped that the younger generation will be able to have the widest opportunity in a career.

So far, the Secretary General of the Ministry of Manpower added that the two parties, namely the Entrepreneurship Roundtable Conference (ERC) and the Government of the Republic of Indonesia are still negotiating how to finalize the agenda to be carried out, including the scheme for determining the panelists who will be involved and also what what contributions will be made by the panelists at the event.

Anwar Sanusi explained that the initial idea of ​​​​the G20 ERC could surface because of the large amount of support for priority issues raised by Indonesia itself as the G20 Presidency in the G20 EWG forum, especially the issue of Sustainable job creation towards a changing world of work.

The issue raised by the G20 Presidency of Indonesia is indeed an important matter and cannot be underestimated, because it is related to the sustainability of the workforce in adapting in today’s world, where there will be many new challenges awaiting.

The delegates who attended the event hoped that they would be able to further deepen and explore what methodologies and best practices are very effective in promoting entrepreneurship for the creation of job opportunities, which will also be adapted by other G20 member countries.

The Secretary General of the Ministry of Manpower also hopes that in the future, with many such events, he will be able to further strengthen and expand togetherness and commitment between countries in developing entrepreneurship in their respective countries.

Therefore, to be able to open and develop the entrepreneurial aspect much better, as well as expand job creation, Indonesia immediately saw a golden moment in a series of G20 events to make negotiations and cooperation with other countries, especially China.

Anticipating the Increase in Covid-19 Cases with Vaccination

Various Groups Agree on Transfer of Subsidies for Affected Communities