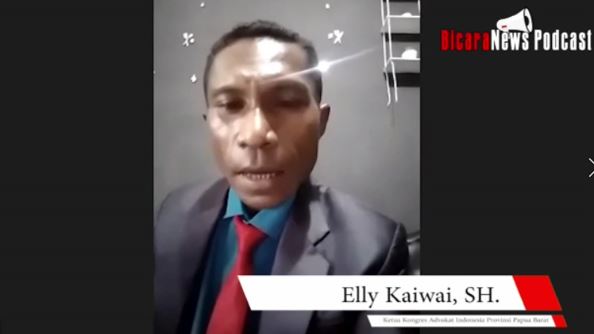 Elly Kaiwai, S.H. (Chairman of the Indonesian Advocates Congress of West Papua Province), said that as the real Papuan, of course, he really wants the government’s policies to realize equitable development, both in terms of infrastructure, the empowerment of Human Resources from Indigenous Papuans (OAP), so that expansion in the land of Papua is really directed for the benefit of indigenous Papuans.   So, in the future, the indigenous generation of Papuans will become leaders on Bumi Cendrawasih, able to occupy positions in the government.

“Let the local government and the central government join hands, so that infrastructure and human resources development in the land of Papua can be realized immediately as a form that the current Indonesian government does not practice Papua,” he said.

The government has disbursed funds for the progress of Papua specifically and specifically through the Special Autonomy Fund (Otonomi Khusus/Otsus), in addition to the State Budget and APBD. Otsus has lasted more than 20 years since 2001, is a form of synergy between the central and regional governments of Papua.  A little more, the People of Papua will soon feel the progress and  prosperity because every root of the Papua problem has been pursued completely.