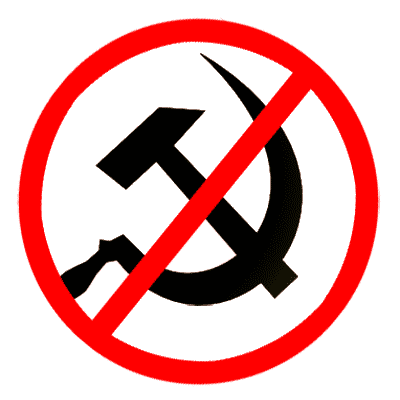 Communism is an ideology that deals with philosophy, politics, social and economics whose main purpose is the creation of a communist society with socioeconomic rules based on the shared ownership of the means of production and the absence of social class, money and the state. Communism as anti-capitalism uses the communist party system as a means of taking power and strongly opposes the ownership of capital accumulation in individuals. In principle all is represented as the property of the people and therefore, all the means of production must be controlled by the state for the prosperity of the people equally, Communism introduces the use of a representative democracy system carried out by the communist party elites and therefore severely limits democracy directly the people who are not members of the communist party are therefore not aware of individual rights as there is in the understanding of liberalism.

Indonesian Institute of Sciences historian Asvi Warman Adam assesses the emergence of the issue of communism related to political interests leading to the presidential election or in 2024. With the presidential election, Asvi assesses interested parties want to revive the issue of communism and deliberately want to shake up the community with raises issues related to the rise of the Indonesian Communist Party. In fact, the fact is that communism in Indonesia has long been extinct by the existence of TAP MPRS No. 25 / MPRS / 1966 concerning the Disbanding of the Indonesian Communist Party.

Nevertheless, it cannot be denied that issues related to communism did indeed spread in Indonesia. For this reason, it is hoped that the public will not easily believe the issue and always accustom themselves to checking the truth first. Moreover, if the news received will be distributed to various social media platforms. The communist issue did indeed heat up and make various parties shout again the words “Opposing communists” in order to maintain the integrity of Indonesia. To that end, let us together maintain friendship and close ranks so that communist understanding does not enter through existing gaps in society. The Communists take advantage of those who do not believe in the ideology of Pancasila, so let’s always uphold Pancasila and practice it in daily life. Enforce Pancasila, communist opponents.

Beware of Radicalism in the Educational Environment