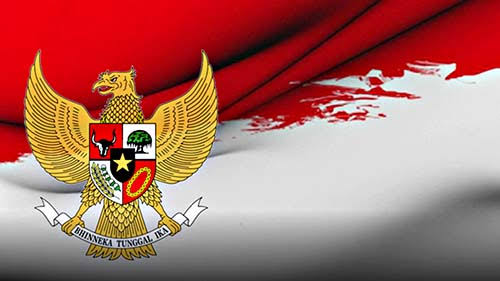 By: Marimar Sitinjak (Chairperson of the Medan Regional Literacy Movement)

One of the greatest strengths of the Indonesian people is unity. Meanwhile, divisions in the midst of diversity is one of the weaknesses that must be avoided. Meanwhile, in part, including the previous colonizers, one way to weaken the Indonesian nation is to make provocations that pitted sheep.

Pancasila is one of the nation’s unifying tools in the midst of diversity. With the motto “Unity in Diversity”, all forms of difference can be united. The existence of very diverse tribes, races, and cultures actually becomes the capital of great wealth in Indonesia. All can be achieved when it can be united not broken or undifferentiated. Pancasila is a tool that is able to unite all of them.

Pancasila is also the basis of a very sacred state, Pancasila has become a fixed price that cannot be contested, especially by communism or the Khilafah. For anyone who wants to harass Pancasila, Indonesian citizens will spontaneously defend him immediately. No matter whether they are officials or the people, rich or destitute, all will grow awareness to “defend” the Pancasila because they do not want their holiness to be tarnished.

The fact is how many different interpretations are in the context of fighting for Pancasila so that it can be a source of division that is used by irresponsible groups. They took this opportunity by fostering the spirit of fighting for Pancasila in accordance with their respective interpretations by voicing the mistakes of other groups who also committed to fighting for the existence of Pancasila. This group intentionally duplicated by “coming” to the opposite group also with the same words, namely justifying efforts to maintain the existence of the Pancasila by blaming other groups who tried with different interpretations.

The efforts of these irresponsible groups are intended to weaken the Indonesian people so that they are busy fighting between one community group and another. As a result, when the community is at odds with each other, then one another weakens each other. That way, the strength of the nation becomes weaker. At this time, irresponsible groups who want to take advantage of the nation’s weaknesses begin to act.

Indonesian people must be vigilant of the efforts of fighting sheep carried out by these irresponsible groups. The community must be aware that the interpretation of the efforts of goodness is not always the same. Branch differences without any basic differences should be responded to wisely. Tolerance between one and another must be woven well. The community must also be aware of provocation from irresponsible groups who want to pit sheep.

Since a long time ago, the ideology of Pancasila has been heavily attacked both inside and outside, both open and clandestine. However, the existence of the Pancasila Sakti has never been shaken. The patriotism and nationalism of the Indonesian nation became a strong fortress for the embodiment of the values ​​of the Pancasila in the Archipelago.

Today’s era, the struggle to guard Pancasila is becoming increasingly complex. Almost all issues of this country are ridden to change the meaning of even the value of Pancasila itself. Even worse, there are those who want to change the ideology of the nation out of Pancasila. True social media as a means of unifying the nation, bringing it closer to the distance, and getting to know more deeply the diversity of this nation, are instead used to destroy it.

Various hoaxes and misguided information about Pancasila have sprung up on social media. It is not a coincidence, but it has been designed and planned by those who want Indonesia to be destroyed amid harmony and diversity.

Provocation by irresponsible groups via social media must be confronted with a high level of vigilance. Millennials need to have enough stock so they can filter out provocation content on social media in order to build a resilient Indonesia in the new normal era based on the Pancasila Ideology.

WE HAVE OUR OWN MEDICINE FOR COVID – 19