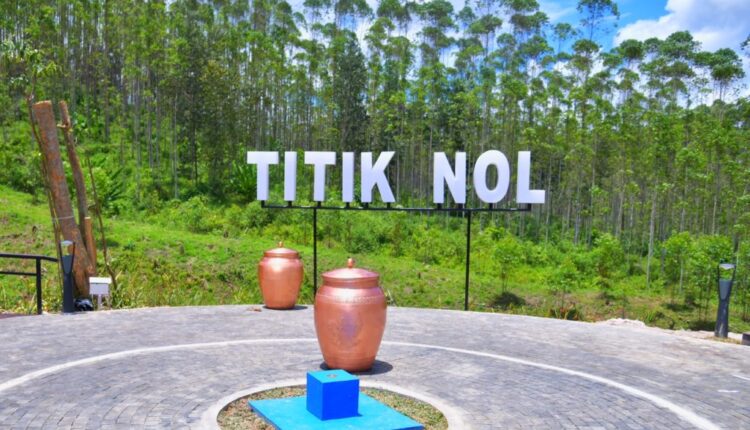 South Sulawesi.id| Several foreign countries such as South Korea to Australia are very enthusiastic about being involved in the construction of the National Capital City (IKN). The development of the Nusantara IKN is appreciated because it is located in a strategic area and is able to realize Indonesia’s progress.

The relocation of the nation’s capital city (IKN) from DKI Jakarta to Penajam Paser Utara, East Kalimantan, is a very important agenda. Various preparations were made to make the transfer smooth, and Penajem Paser Utara would change its name to Nusantara. IKN in the future will become a city that is very developed and represents the beauty of Indonesia.

Currently IKN is still in the development stage and when everything is ready, there will be an official transfer of the capital city. To prepare IKN, of course, it requires cooperation between many parties, from contractors, engineers, local governments, to outside parties. In building IKN external parties are indeed allowed to take part, because the cooperation is mutually beneficial.

Australia will assist Indonesia in IKN infrastructure, with an environmentally friendly development model. The Australian Consul General in Makassar, Bronwyn Robins, stated that the Australian Government was ready for the IKN development process in East Kalimantan. In addition, Australia also offers a climate change anticipation program.

Robbins added that Australia and East Kalimantan have had strong business and community relationships over the years. The Australian Government hopes that this relationship will be even closer. In addition, there will be economic cooperation through the Indonesia-Australia Comprehensive Economic Partnership Agreement and other economic cooperation. Kalimantan and Australian entrepreneurs will be assisted to collaborate.

The Governor of East Kalimantan, Isran Noor, welcomed Australia’s plan because it would be mutually beneficial. In economic cooperation, it will be through investment and this is for the sake of improving the economies of Indonesia and Australia. In a sense, Australia’s offer was enthusiastically welcomed by the Provincial Government of East Kalimantan because it would be mutually beneficial.

Investment from Australia will build IKN as perfect as possible so that IKN will be beautiful and high-tech. With the collaboration, the community is optimistic that the IKN development will be on time and when it is inaugurated, everyone will be amazed by its beauty.

The relocation of the capital city is not just moving the people and government employees, but moving the center of government to a much better place. If IKN continues to be developed and supported by Australia it will be great because they have better technology. That way, IKN will become a modern city but still green, aka environmentally friendly.

To build a green IKN is also the first time in Indonesia, not even in Australia. Therefore Australia’s offer is very lucrative and sincere. They want Kalimantan as the lungs of the world not to change its function. Forests in Kalimantan must be preserved and IKN will become a green city that does not conflict with the preservation of nature.

The construction of IKN which will become a green city will dispel the prejudices of people who comment that the creation of a capital city will inevitably cut down many trees and is against environmental sustainability. IKN will remain a beautiful place and there will be no all-out logging. Precisely with the development of IKN, the sustainability of the environment in Kalimantan will be further enhanced.

Apart from Australia, South Korea also takes part in the development of the IKN and the plan is to start in August 2022. The first infrastructure development carried out was to build access roads. The Assistant Minister for Road, Ministry of Land, Infrastructure, and Transport, South Korea, Lee Yon Sang, will conduct a technical study before the construction period begins.

Cooperation and grants from South Korea will be very beneficial because they are interested in jointly building IKN. With the help of the South Korean government, the public is optimistic that IKN will quickly develop and truly become the capital of an ultra-modern megapolitan with a green city concept.

Assistance from other countries is seen from a positive perspective because they are optimistic that IKN will become a modern city in the future, therefore many offer investment. In the future, this cooperation will be beneficial for both parties. Bilateral relations between countries are also getting closer. This cooperation is an investment that will benefit both parties.

Australia and South Korea are very interested in participating in building IKN to become an ultra modern, sophisticated, but also environmentally friendly capital city. The reason is because Kalimantan is the lungs of the world, so North Penajam Paser was not built by clearing forests. With investments from many countries, the government is optimistic that IKN development will be on time.

Beware of the Spread of Radicalism in the Religious Event