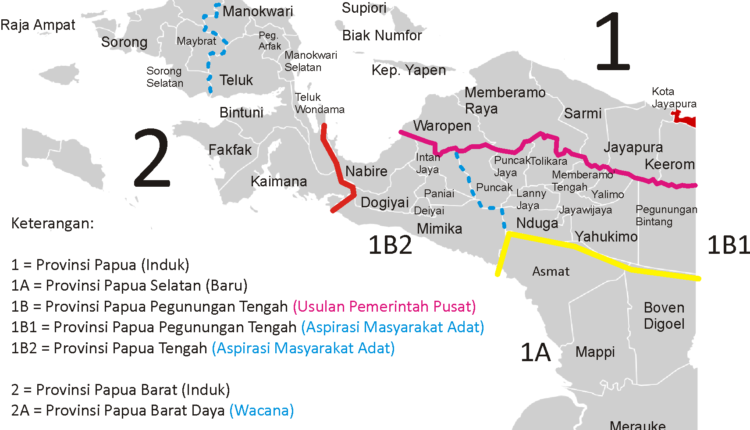 The planned demonstration of student elements who are members of the Papuan People’s Petition (PRP) on May 10, 2022, should be cancelled. Apart from disrupting the flow of community traffic, the demonstration is irrelevant because the formation of the New Autonomous Region (DOB) has been in accordance with the aspirations of the community.

The Papua region is an integral part of the Unitary State of the Republic of Indonesia which is located at the eastern tip of the archipelago. In the past, there was only 1 province in Papua. However, when it entered the Reformation Order, Papua was added to 2 provinces, namely Papua and West Papua. Meanwhile, the government is currently preparing to inaugurate 3 new provinces in the Earth of Cendrawasih, namely Central Papua, South Papua, and Central Highlands Papua. The formation of this new province is in accordance with the people’s request.

Unfortunately, the plan to inaugurate the new autonomous region (DOB) was strongly opposed by a group calling itself the Petisi Rakyat Papua (PRP). PRP spokesman Jefry Wenda expressed his disapproval of the regional expansion. He even demanded the independence of West Papua.

Jeffrey’s inconsequential chatter and statements are certainly opposed by the community, especially native Papuans. The reason is that the formation of this new province was at the request of the people of Earth of Cendrawasih itself, not under pressure or persuasion from other parties. They had an audience with President Jokowi and were finally happy because a few moments later his request was granted. In addition, the formation of new autonomous regions is also in accordance with the rules.

If there are people who propose the formation of a new autonomous region then he brings his voice to the capital city. The community dared to propose it because it had been approved by the regent, mayor and DPRD at the city and provincial levels. Only then was the proposal brought to the DPR level. If it is approved, the bill will be issued and it will be formalized into a law, so that a new province is formed.

All these mechanisms have been implemented when the community asked for the formation of a new province, there is even a draft law and it is just waiting for its ratification. It will even be accelerated because it is chasing time for preparation before the 2024 General Election.

If there are 3 new provinces, then they are in accordance with the rules and have received permission from the DPRD, DPR, and President Jokowi. Therefore, if someone opposes the formation of a new autonomous region, it is very strange. The reason is that this new province was not imposed immediately, but was a request from the Papuan people themselves, and its formation was in accordance with Indonesian regulations.

The demo that will be carried out by Jefry Wenda cs should be canceled because first, it is still a pandemic period so it will not get permission from the police. Second, the community did not support the PRP or similar movements against the establishment of new autonomous regions. Their reasoning was unreasonable because the formation of a new province was the people’s request. There is no element of coercion from the government.

The proof is that the people who live in Mimika and the indigenous people of Meepago fully support the formation of a new province in Papua. They declared and were happy because if there was a new autonomous region, there would be a lot of progress on Earth of Cendrawasih. In addition, the administration to the provincial capital is also getting closer.

Jefry Wenda is one of the figures who actively voices the right to self-determination for Papua. Therefore, the community did not support him because he was considered a traitor to the state. No wonder Jefry opposed the addition of provinces and instead asked for independence, because it was an order from the OPM/KST.

The formation of a new autonomous region in Papua is in accordance with the rules and mechanisms of the legislation. Therefore, the demonstration of 10 May 2022 should be canceled, because the demonstration does not represent the aspirations of the Papuan people and is only used by pro-separatists to achieve Papuan independence.