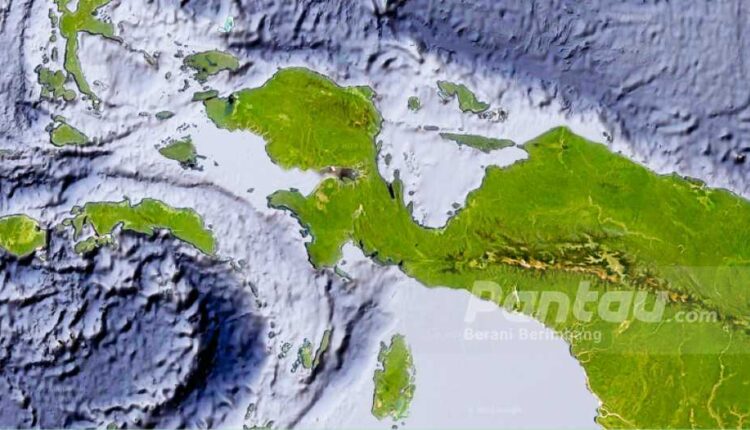 The G20 Summit is believed to increase investment in Indonesia, including in Papua. An increase in investment is expected to encourage the realization of people’s welfare.

Investment is a breath of fresh air for Indonesia, with the holding of the G20 Summit in Indonesia, it is estimated that investment performance in Indonesia can reach its target of Rp. 1,200 trillion. The G20 is a multilateral cooperation forum consisting of 19 major countries and the European Union. The G20 represents more than 60 percent of the earth’s population.

After becoming the G20 Presidency, Indonesia will also become ASEAN Chairmanship in 2023. The Coordinating Minister for Economic Affairs, Airlangga Hartarto, said that this is a valuable momentum for Indonesia and invites all parties to jointly succeed the G20 Presidency of Indonesia.

The implementation of Indonesia’s G20 Presidency has the opportunity to increase domestic domestic consumption by up to Rp. 1.7 trillion, an increase in GDP which is estimated to reach Rp. 7.46 trillion, and the involvement of around 33 thousand workers in various industrial sectors. On the occasion of the webinar organized by the Alumni Family of Gadjah Mada University (KAGAMA) with the theme “The G20 Presidency of Indonesia: “Challenges, Opportunities and Roles of the Indonesian Society”.

In addition to providing benefits for national economic recovery, Coordinating Minister Airlangga also said that in this G20 Presidency, Indonesia has an important role in bridging the diversity that exists in the G20 Forum. Indonesia, which has a philosophy of deliberation and consensus, is expected to be able to bridge between various groups of countries. Indonesia is expected to be able to produce new breakthroughs, including in the energy transition sector for all countries by promoting the adoption of affordable technology, co-financing mechanisms and priorities for a sustainable energy transition.

Airlangga also said that the government continues to expect input from all stakeholders, including experts and academics, to maximize the benefits of Indonesia’s G20 Presidency so that it can help joint recovery. On the previous occasion, the Papua provincial government claimed that the value of foreign investment (PMA) in Papua had increased by 30 percent.

Head of Data at the Foreign Investment Service and Stu Pintu Integrated Services Papua Province Petrus Asem said for PMA, the investment value was IDR 1,132.27 trillion, an increase of 30 percent from the fourth quarter of 2019, which was dominated by the mining sector. Petrus said, with Covid-19, it doesn’t seem to affect foreign investment or domestic investment too much. Even companies in the small and medium business sector remain active and grow during the Covid-19 pandemic, especially in the field of foreign investment.

He explained that based on the latest data, there were 155 companies engaged in PMA, while for domestic investment there were 110 companies. In June 2021, Jayapura Regent Mathius Awoitauw revealed a series of investment prospects in Jayapura Regency, Papua. According to him, Jayapura has an airport, Sentani. The port which is currently a sea highway. Trans Papua road that connects a number of districts in the interior with the port. These assets are of course important as a means of connectivity for the distribution of goods and services.

All of that becomes capital to maximize the potential of natural resources (SDA). Not only energy mining, but also plantations (Sago, Oil Palm, and Cocoa) to forestry. The man who was born in East Sentani also said that the key to investment is in the energy sector. There is great potential in the form of the Mamberamo Raya river flow. It should be noted that the central government has determined a number of regions in Indonesia besides Bali, which will be used as locations for the implementation of the 2022 G20 Presidency series of activities. These include Yogyakarta, Jakarta, Medan, Makassar, Surabaya, Labuan Bajo, Malang and Sorong.

Hearing this, the Mayor of Sorong Lambert Jitmau stated that his party was ready to make the international event a success as the host. Moreover, recently economic growth and development in Sorong have started to improve. Jitmau said that Sorong had been frequently visited by a number of state leaders and he was optimistic that the G20 event would be a success.

Increased investment in Papua can be a necessity if infrastructure and security in Papua can support the investment process in Bumi Cenderawasih. This is of course good news for economic growth in Indonesia.

Gotong Royong to stem the notion of intolerance