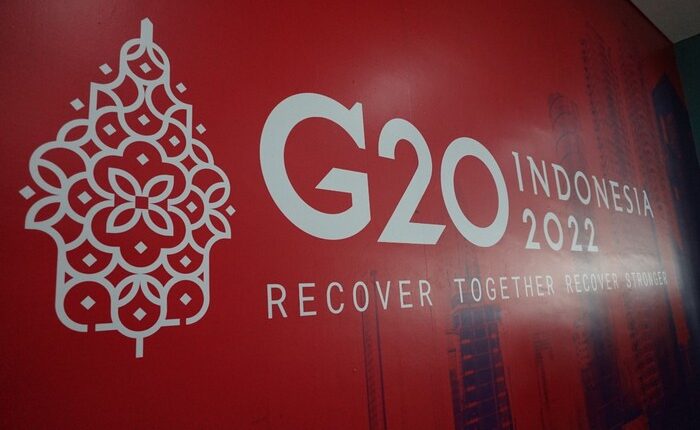 The G20 Summit actually shows how the commitments that have been made by Indonesia so far have become increasingly real in terms of developing a green economy. Not only have many domestic policies changed, but also as a Presidency, Indonesia continues to push other countries to be more serious in this regard.

Recently, the world’s great paradigm has shifted and has begun to care more about the environment, even including the economy, which has been considered to be too concerned with profit to the point of sacrificing the environment, but it turns out that many people are starting to realize the importance of a sustainable green economy.

Not only in European countries or in America, but Indonesia is also aware of the importance of a green economy. In the official website of the National Development Planning Agency (Bappenas), it is explicitly explained that the Government continues to develop the Green Growth Program, which has many benefits because it also contributes to poverty reduction and can ensure social inclusion or social equity. and at the same time environmental sustainability so that resource efficiency is maintained.

In fact, the Government itself has in recent years limited the use of premium gasoline in order to create a low-emissions environment by suppressing the use of low-octane fuels such as premium and people starting to use pertalite as a common fuel.

All countries should be able to contribute in efforts to prevent the adverse effects of global climate change, because it is necessary to know that the current world temperature continues to rise to 1.5 degrees Celsius. Therefore, to be able to keep the global temperature increase from continuing to occur, emissions must be really suppressed.

With all these environmental challenges, Indonesia is one of the most responsive countries to self-decarbonize, which shows a real commitment to continue to reduce carbon emissions even with a target of only 29 percent later in 2030. This is clear evidence that this nation is very aware how important it is to move to a sustainable economy and start shifting energy to non-fossil based ones.

In the era of President Joko Widodo’s leadership, promotion of the green economy was really intensively carried out because on the one hand Indonesia itself is a country that has abundant natural resources such as rivers, geothermal, wind, and solar heat, so of course A sustainable economy will be very important to ensure the quality of life for future generations. On the other hand, it turns out that by intensifying the green economy, it is also able to help improve welfare and avoid environmental degradation.

Another example of how Indonesia’s efforts to focus on increasing the green economy is by seeking that investment from any party, whether private or other countries, continue to be directed towards supporting an environmentally friendly economy, namely infrastructure and assets that are capable of reducing carbon emissions and pollution. , including being able to improve resource efficiency.

Meanwhile, so far, almost all elements have focused on shifting towards a sustainable green economy, such as Bank Indonesia, which continues to actively increase public understanding so that they will become accustomed to using financial instruments that encourage green economy management. They even stated firmly their commitment to provide an umbrella for green investment and sustainable finance.

Then at the Group of Twenty (G20) Summit, Indonesia as the Presidency reaffirmed this determination and commitment with an agreement so that it can truly achieve carbon neutrality by 2050. Sustainable finance itself is matters related to efforts to develop sources of financing that are able to support the world’s efforts to combat climate change, including of course handling the risks of the transition to a low-carbon economy.

It should be noted that in one of the topics that are indeed a priority of the G20 Summit, the topic of sustainable finance has indeed become a separate issue so that it shows how important it is. With the Indonesian Presidency in it, the majority of the G20 members themselves are now starting to be more serious about working on green investments.

However, it turns out that there are still problems that occur because in fact so far the annual investment from the G20 itself has still reached 120 billion US dollars, with the proportion of the green economy only 11 percent. In fact, according to the United Nations Environment Program (UNEP), if you really want to achieve carbon neutrality in 2050, then at least there must be investment from the G20 reaching 285 billion US dollars per year until 2050 later.

Therefore, Indonesia has a very important role in this regard because as the G20 Presidency, it will continue to raise the issue of inequality and invite all countries to be able to improve it further by inviting them to be more intensive in allocating funds for nature-based investment. Not only that, President Jokowi himself has also stated firmly that Indonesia can contribute more quickly to this world zero emission program.

Indonesia’s commitment to being able to focus more and begin the transition to a sustainable green economy continues to be concretely realized. Many domestic policies are slowly starting to change in order to create a reduction in carbon emissions. Especially when he became the presidency of the G20 Summit, Indonesia was increasingly focused on developing a green economy and even invited other countries to be more serious.