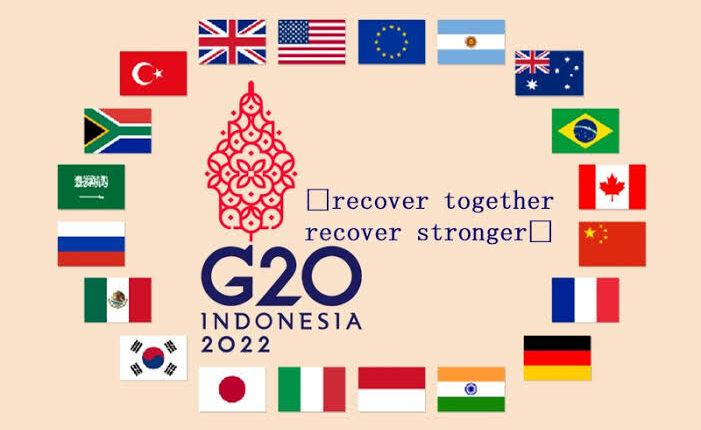 Indonesia will host the G20 Summit. The appointment of Indonesia as the host is proof that we are considered capable of doing so, as well as showing Indonesia’s leadership in the eyes of the international community.
In international relations, Indonesia has been known to be able to assimilate anywhere, both to democratic and liberal countries. Indonesia’s position is highly valued because we are seen as a potential developing country, and when there is an international forum, many leaders from other countries respect President Jokowi, including at the G20 Summit.
At the 2021 G20 Summit held in Italy, Indonesia held the reins of the G20 presidency in 2022. This means that this international forum will be held in Indonesia in 2022, to be exact in October. President Jokowi appointed Bali as the conference venue because it could at the same time introduce tourism in this country.
Expert Staff to the Minister of Finance for Financial Services and Capital Markets, Suminto, stated that Indonesia’s presidency at the G20 Summit demonstrated leadership in the eyes of the international community. In a sense, the trust of other countries that are members of the G20 is very large and they believe that President Jokowi can be a good leader at the implementation of the G20 Summit in 2022.
When President Jokowi is considered to have good leadership, other countries that are members of the G20 will have a big impact, both in terms of economy, social and politics. The theme of this year’s G20 Summit is ‘Recover together, recover stronger’, so there will be recovery from the impact of the pandemic that will be carried out together by all members of the G20.
Recovery from the impact of the pandemic carried out, for example, is the provision of vaccines in developing countries. This is very important because there must be an even distribution of vaccines, the aim is to form group immunity throughout the world and the global pandemic can be ended quickly. When there are developing countries that lack funds, the G20 member countries will make donations.
In addition, Indonesia’s leadership will bring good relations with other countries. They will feel at home when they visit Bali in October and hold the conference happily. When enjoying the exoticism of the Island of the Gods, representatives of G20 member countries will indirectly promote Indonesian tourism, so that it can increase foreign tourist visits in this country.
Suminto continued, as the host of the G2O Summit, there were big advantages, namely showing development confidence and strengthening Indonesia’s positive image. In a sense, when many representatives of G20 member countries come to Bali, they see that the infrastructure in this country is modern and well-organized. They also see professionalism in the setting.
When many representatives of the G20 member countries see with their own eyes how potential Indonesia is, they will be moved to cooperate in the form of investment. This cooperation is needed by the government because with foreign investment a joint venture company can be created so that it will require a lot of employees and automatically reduce unemployment.
Many believe in Indonesia thanks to the charisma and leadership of President Jokowi who is professional and holds the mandate on his shoulders. All this because he always maintains good relations with various leaders of other countries in international forums.
The implementation of the G20 KT in Indonesia in 2022 shows Indonesia’s leadership in the eyes of the international community. They believe that we can be good hosts and able to lead an international class forum. The G20 Forum brought many positive impacts, including cooperation to overcome the impact of the global pandemic.
Savira Ayu, the author is a contributor to the Press Circle and a student at Cikini

UI Chancellor: Indonesia’s G20 Can Be Successful Because Despite the Pandemic, It Doesn’t Have Lockdown