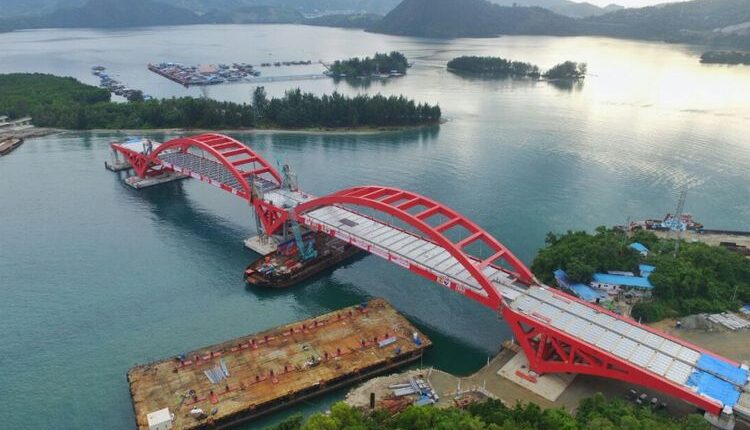 Development in Papua is one of the government’s focuses in efforts to equalize development, through development in the easternmost region, the people of Bumi Cenderawasih have experienced an increase in the quality of life, this is indicated by a decrease in unemployment.

Five Main Programs to Accelerate the development of Papua and West Papua were officially introduced by the special staff (stafsus) of the President of the Republic of Indonesia Billy Mambrasar in the opportunity of the webinar “For My Indonesia – Developing Indonesia in a Sustainable Way from the East”. This program will be driven by young indigenous Papuans (OAP). ) This is an embodiment of Indigenous Papuans (OAP) this is a form of manifestation of Presidential Instruction No. 9 of 2020.

In his release Billy said that the President of the Republic of Indonesia Joko Widodo was committed to advancing Papua, therefore, Jokowi issued Presidential Instruction No. 9 of 2020, which is about the acceleration of the development of Papua and West Papua, in which Indigenous Papuans will be the main target of the welfare improvement program. The program titled BAPER which is an acronym for Bring Change, is expected to help solve problems in Papua and West Papua, especially in the welfare and development of indigenous Papuans.

These programs include,
First, creating young Papuan entrepreneurs through the construction of the Papua youth creative Hub, and management of the training ecosystem and business capital by Papua Muda Inspirasi (PMI). This program will be directly monitored by the President and it is hoped that it will produce 100 young entrepreneurs from Papua and West Papua in the MSME sector, start-ups, and even the creative industry.

Second, creating 100 thousand Millennial farmers which are currently being implemented in ten provinces, including Papua and West Papua. The program from the Ministry of Agriculture is expected to produce 20 thousand farmers in the two easternmost provinces of Indonesia, and 80 thousand farmers in eight other provinces. This program is a combination of technical training, to capital and processes to link with the market.

Third, launching the Papuan Talent Management (MTP) website which contains the best talents of indigenous Papuan children. They will be given training on an ongoing basis and linked to job opportunities in various sectors, both the private sector and government. This MTP will be managed directly under the supervision of the Ministry of Home Affairs, the Director General for Regional Autonomy.

Fourth, the construction of non-formal learning centers to provide access to education. It is hoped that this learning center can acquire skills to survive that are adapted to the local context in the Papua and West Papua regions. This program is integrated directly with the strategy of the Ministry of Education and Culture, which is the supporting entity.

Fifth, launching an application and website to receive the best input and policy advice for all components of Papuan society, especially young people, named “Policy Bootcamp for Papua”. The website is expected to be managed by the Papua Desk, the Ministry of National Development Planning / National Development Planning Agency (Kementerian PPN / Bappenas), in direct coordination with the Presidential Staff Office.

This is intended so that input from the community can be directly implemented in cross-ministerial / institutional work programs. It hopes that the intervention of this program will create thousands of new jobs for indigenous Papuan children and they will create multiple positive impacts economically in Papua and West Papua.
Among the positive impacts are the reduction in unemployment, the reduction in poverty and the increase in the welfare of the people of Papua and West Papua. This is certainly a positive impact that must be acknowledged.

Billy believes this will have a big impact on the community to help build a sustainable Indonesia. Previously, Jokowi had said, if the infrastructure is good, roads and ports are good, the Papuan economy will grow faster because the distribution of logistics for goods and people increases. The eastern region of Indonesia has experienced isolation for years due to difficult terrain, making it very difficult for Papuans to reach various other villages.

So that infrastructure development must continue to be encouraged, so that later connectivity will emerge which will become the flow of money. The acceleration of the development of Papua and West Papua certainly deserves to be appreciated, so that later the government’s dream of developing an equitable distribution of Indonesia can be realized.