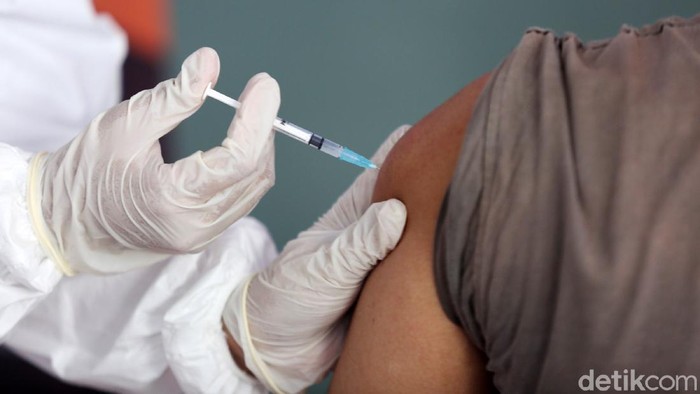 The government is assisted by the State Intelligence Agency (BIN) trying to speed up vaccination to remote areas of Papua. The reason is that vaccines are the right for all Indonesian citizens to have immunity from the ferocity of Corona.

Vaccination is one way to survive a pandemic. The government has started a national vaccination program since early last year and it is being held not only in Java but also in other regions, including Papua. Equity must be done because the government prioritizes the principle of justice.

To speed up vaccination so that it can be completed quickly and form communal immunity, mass vaccination is held. President Jokowi praised the acceleration of vaccination in Papua. The reason is that to deal with the delta and omicron variants of Corona, they must carry out vaccinations. Every existing ampoule of vaccine must be spent to protect Papuans, especially for students and students to immediately face-to-face learning.

President Jokowi added that he was happy because the vaccination was carried out to remote areas of Papua. Not only in the Sorong area but also in other areas such as Fakfak, Teluk Bintuni, Raja Ampat, Manokwari, etc. So that the vaccine will be distributed evenly and the people of Cendrawasih Earth are protected from the dangers of Corona. In one mass vaccination, at least 2,000 people will attend.

Acceleration of vaccination is indeed carried out throughout Indonesia, including Papua. Although geographically it is very different from Java and there are difficult terrains (because the area is hilly or near dense forests) this does not prevent health workers from giving vaccinations. They are willing to travel great distances, for the health of the Papuan people.

To facilitate the movement of health workers, the implementation of mass vaccination in remote areas of Papua is assisted by the State Intelligence Agency (BIN). With this assistance, it will be greatly helped because there are vehicles from BIN, as well as escorts from them.

Supervision from the security forces is very important. First, the geographical condition of Papua is different from that on other islands, so there is a fear that in a quiet area there will be obstacles from nature or animals. Second, security must be carried out because no one should steal ampoules containing vaccines and they will sell them, because vaccines are still provided free of charge by the government.

While the third, security must be tightened because there should be no interference from the KST (separatist and terrorist groups). Considering that they once attacked health workers who were doing treatment in Papua, and caused fatalities. Do not let this tragic event repeat itself, no wonder the health workers must be escorted so that they can carry out their duties smoothly.

The lowest vaccination coverage in Maybrat must be addressed immediately because there should not be an increase in Corona cases, especially since school children have started to do face-to-face learning and workers are full working from home. Indeed, the obstacle is the arrival of the vaccine from the capital city, but after landing in Papua it must be immediately given to the community.

The local governments of Papua and West Papua are trying to speed up vaccination to remote areas and they are assisted by BIN. Equity is very important because all Indonesian citizens must get vaccinated, including Papuans. Vaccination must be given to remote areas so that all are safe from the threat of Corona.

Ivan Lokbere, the writer is a Papuan student living in Semarang