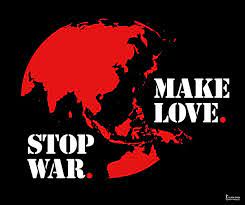 Government Anticipates the Negative Impact of the Ukraine-Russia Conflict

The war waged by Russia in Ukraine had a negative effect on the global economy, including world oil prices. The Indonesian government continues to be aware of the negative impact of this incident so that it does not have a direct impact on conditions in the country.

The world community is facing various problems. The pandemic is not over and the covid-19 virus is not gone, but instead there is war in Ukraine caused by the Russian invasion. This conflict not only affects the people there but also throughout the world, including Indonesia, because it raises world oil prices.

Agung Pribadi, Head of the Bureau of Communications, Public Information Services and Cooperation, Ministry of Energy and Mineral Resources stated that the price of Brent oil has already penetrated more than 100 US dollars per barrel, even though the prediction of the state budget is only around 60 dollars. This drastic increase is afraid that it will adversely affect Indonesia.

This is certainly confusing because it will automatically increase the price of oil in Indonesia, so it is possible that the price of gasoline will also increase. Previously, Shell adjusted the price of its production fuel to 13,500 per liter. However, it is not yet known how much the fixed premium, pertalite, pertamax, diesel, etc. will cost.

When there is a price increase then this is a negative impact of the war, because Russia is the number two oil producer in the world. Meanwhile, when they invade, the focus of the war and the oil trade will be slightly neglected, so that the price of oil can fluctuate.

The government is trying hard to overcome the impact of the conflict between Russia and Ukraine, with the aim of stabilizing international oil prices. The reason is, if the world oil price increases by just one dollar, the subsidies that will be borne are enormous, reaching trillions of rupiah.

Moreover, the increase in world oil prices by hundreds of barrels will also affect the price of gas (elpiji) and electricity. The reason is because oil is still the fuel for the industry. So it is predicted that the basic electricity tariff and LPG price will also have to be increased.

The government anticipates the impact of the conflict between Ukraine and Russia by lobbying the United Nations so that they will directly intervene to stop this war. The reason, if not prevented, could trigger a third world war. Even though the whole world is still struggling to overcome Corona, the burden of world war is still added.

In addition, to overcome the impact of rising oil in Indonesia, there will be an appeal. People are not allowed to use 3 kg of LPG (gas melon) because it is only for the poor, because they get government subsidies. Meanwhile, the middle and upper class must know themselves and use 12 kg gas, aka the blue one, because they are proven to be able to pay.

The next step to overcome the impact of rising oil is energy conversion. If there are a lot of vehicles that run on fuel, they will be replaced with those that use electric power. Indeed, there are already public vehicles that use it and it is hoped that more will be, the aim is to reduce dependence on oil.

The government is trying hard to overcome the impact of the conflict between Russia and Ukraine, because if there is a war it will increase world oil prices. If this happens then fear will lead to inflation.
So Russia and Ukraine need to be lobbied to stop the war.
Conflicts always bring misery, including the war that occurred in Ukraine due to the cruelty of the Russian side. When there is a war, world oil prices go up a lot. The government moved quickly to overcome it, so that people would not feel too much of the negative consequences of this war.

Handling Corona in Indonesia is Better than Other Countries