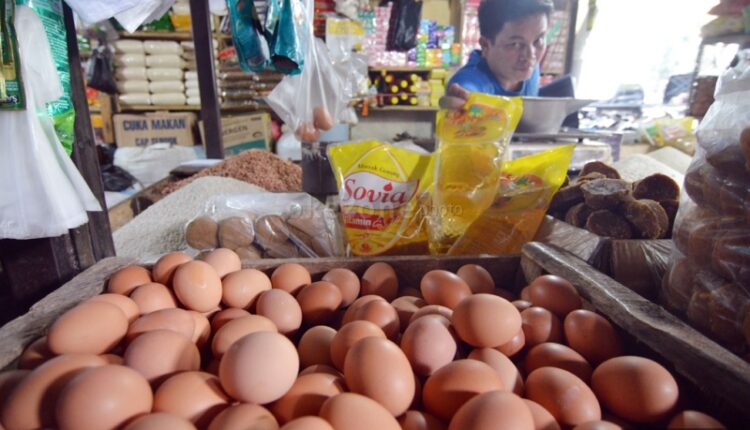 The government ensures that the stock of basic needs will be safe during Ramadan. However, the public is expected to remain wise and be able to shop as needed.

People often feel nervous ahead of Ramadan, this is because many people start to hunt for food on the market, so there is often a shortage.

To overcome this, the National Food Agency (Bapanas) guarantees that the availability of basic goods will be safe ahead of the Holy Day of Ramadan. Thus, people do not need to be nervous or worried about scarcity.

Head of the Center for Food Availability and Food Insecurity of the Food Security Agency, Andriko Noto Susanto explained, based on records, until May 2022 there was a surplus of 8.7 tons of rice, then a surplus of 3.2 million tons of corn and soybeans.

In the virtual discussion opportunity, Andriko explained, “Our prognosis is that until May 2022, basic needs are safe. Soybean is supported by the realization of imports in January-February 2022, of which 338,900 tons have been realized, but we also hope that the import plan for March-May 2022 of 774,000 tons will run smoothly so that if this can be achieved, then until May 2022 we will still have a surplus of 142,300 tons. ”

Then, shallots have a surplus of 92,000 tons and garlic have a surplus of 104,900 tons. For the type of garlic, Andriko hopes that the import plan from March to May 2022 of 145,000 tons can be realized properly. That way, the stock in the country will continue to be fulfilled.

Next, he explained that the big chili was also safe. Based on the prognosis of the National Food Agency, a surplus of 27,900 tons. Meanwhile, cayenne pepper has a surplus of 40,383 tons.

Meanwhile, the Coordinating Minister for Economic Affairs Airlangga Hartarto said that in terms of food availability, the provision of production facilities and infrastructure as well as market access and smooth distribution were the main focus for the government.

The government continues to be committed to ensuring the availability of food for the community, especially during the months of Ramadan and Eid al-Fitr 1443 H. Collaboration of various parties is needed to ensure that food is available in the community.

Airlangga said that monitoring of food surplus and deficit areas will continue to be carried out so that the government can respond quickly if an area is found to have a food deficit. SOEs in the field of transportation and transportation, especially those included in the marine highway network, will be optimized to ensure the smooth distribution of food to various regions.

Regarding cooking oil, the government has issued a number of policies related to selling prices at the consumer level, namely according to the economic price for packaged palm cooking oil (MGS) in the modern market or at a price of Rp. 14,000 / liter for bulk MGS in traditional markets. In addition to providing subsidies for the provision of bulk MGS, the Government also coordinates with producers to ensure the availability of cooking oil in the market.

In addition, for soybean commodities, the Government has assigned Perum BULOG to implement a soybean purchase assistance program for tofu and tempeh craftsmen so that it is hoped that tofu and tempeh can still be enjoyed by the community as an alternative source of protein. can be maintained in the range of Rp. 11,000/kg.

Furthermore, for beef commodities, the government has encouraged the industry and the State Logistics Agency (Bulog) to accelerate the supply of beef to meet the needs of the community during the fasting month and Eid celebrations.

Airlangga added, support for the community as consumers, both in the form of stabilization programs for food supply and prices as well as food assistance to people in need, continues to be carried out by the government in order to maintain people’s purchasing power and ability to access food.

In order to improve the quality of food consumed by the community, the government also encourages efforts to diversify food consumption through the utilization of local food diversity owned by each region.

The public is of course advised not to worry too much, because the government has developed various strategies ranging from preparation, supervision to subsidizing so that basic needs can be met and can be purchased by various groups of people, this needs to be supported from community participation, one of which is by Don’t do panic buying during Ramadan.

Ade Istianah, Author is a contributor to Pertiwi Institute