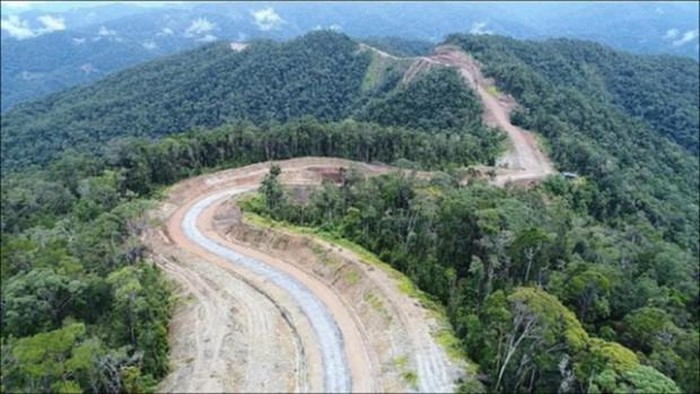 Development in Papua is carried out actively, so that there is no imbalance between eastern and western Indonesia. Since being led by President Jokowi in 2014, the Indonesian government has focused on advancing the Cendrawasih Earth. Currently, the Trans Papua Road and other infrastructure are being built, so that the area becomes more modern.

Bumi Cendrawasih was synonymous with an area that only contained forests and its people still used koteka. Even though this negative stigma has been erased, because in several areas of Papua such as Tembagapura and Jayapura are modern. So that it is no less advanced than other cities on the island of Java.

The government is indeed active in advancing Papua and the results are now showing. There are various infrastructure developments such as Trans Papua Road, Sentani International Airport, and Youtefa Bridge. The existence of this infrastructure facilitates the transportation of Papuan civilians, so that they can move smoothly between cities.

So far, transportation problems have been hindered by Papua’s natural conditions in the form of forests and mountains. So like it or not, you have to use a plane to transport goods and people. When transportation is carried out by the Trans Papua Road, the price of goods can be reduced because the transportation costs are cheap. People are relieved because they do not have to buy expensive.

People who see development in Papua need not worry, because it is guaranteed that they will not destroy the natural resources there. Nothing was sacrificed, because the acceleration team would have consulted with environmental agencies first. Moreover, in Papua there are protected animals such as cassowaries and birds of paradise, so that development will not destroy their habitat.

The government also created a team to accelerate the development of Papua and West Papua. This team is based on Presidential Decree number 20 of 2020. The team consists of 6 ministers and 1 presidential chief of staff. Ministers and officials are tasked with so that there is a stimulus that can advance Papua so that it is no longer synonymous with backwardness.

The result of development in Papua is the low poverty rate there. Poverty has decreased from 55% in 1999, to only 22% in 2019. The number of poor people who have fallen drastically is also the result of the special autonomy program that was held since 2001. So it can be said that autonomy volume 1 was successful, so it will be extended again in 2021. .

The current Governor of Papua is Lukas Enembe. Meanwhile in West Papua it is led by Dominggus Mandacan. The two sons of Papua are trying to advance the Cendrawasih Earth, so that its people will be more prosperous. The existence of the Special Autonomy which obliges indigenous Papuan leaders is intended so that they understand how to promote their brothers in their own territory.

Lukas Enembe also proved that he was a reliable and accomplished governor. He has won various awards. In addition, in Papua there is a sports palace that he built, which will be used as a competition arena when the XX PON is held in 2021. After the PON, Istora can be used so that local athletes compete in a comfortable place.

Development in Papua has been so rapid. So that the region is no longer synonymous with backwardness. Papua is very modern with a variety of infrastructure that supports transportation. Its government is also led fairly by indigenous Papuans themselves. They strive to advance the Earth of Paradise and make its people more prosperous.

) * The author is a Papuan student, living in Makassar