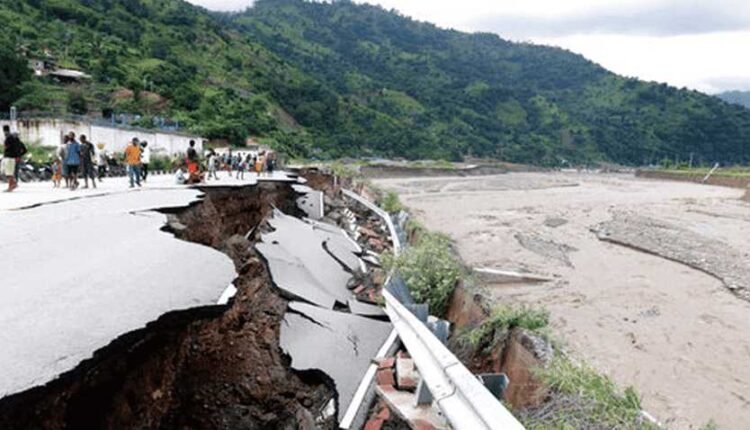 By: Dodik Prasetyo) *
The floods that hit the Nusa Tenggara region made the people there suffer. The President immediately instructed to deal with the disaster there and help the hungry refugees. The government immediately acted quickly, so that this flood did not lead to further casualties.
April 1, 2021, the rainfall in the Bima region, West Nusa Tenggara, was very high. As a result, 29 villages in 4 sub-districts were affected by flooding (Bolo, Madapangga, Woha Desa Naru, and Monta). This severe flood resulted in 2 people being killed. Meanwhile in NTT it is even worse. A total of 84 people died because of the floods. Meanwhile 71 people are still in the search stage.

President Jokowi ordered the Head of Basarnas, the Head of BNPB, the Minister of Social Affairs, the Minister of Health, the Minister of PUPR, the National Police Chief, and the TNI Commander to evacuate. Also handling disaster victims and handling the impact of disasters. Handling must be done properly so that the distribution of aid is smooth. The community must also follow the officers’ directions and remain vigilant.

President Jokowi added, to evacuate flood victims in NTT and NTB, sea and air access must be opened. The reason is that the land route is difficult to reach (because it is inundated by high water). Also to support residents in isolated areas, such as Alor, Pantar Island, and other islands.

The presidential instruction shows that the government has made efforts to handle flood disasters in NTT and NTB optimally. Aid in the form of basic necessities, instant food, clothes, medicines, etc. must be distributed as soon as possible. Because the flood victims really need them in evacuation.

The President has not only instructed the Head of Basarnas and the Head of BNPB to act quickly. But also the National Police Chief and the TNI Commander. Police and TNI members were immediately assigned to the disaster area to maintain security and order. Do not let any person take the opportunity to be narrow and take the wealth of the flood victims.

The medical team was also dispatched directly to the flood locations in NTT and NTB. On average, refugees need medicine for diarrhea, itching, and catch a cold, because they are exposed to the overflow of cold and dirty water. The medical team is also on standby if there are refugees who are short of breath or have a fever, or have other illnesses.

The presidential instruction to help flood victims was carried out as soon as possible by the team. Especially when it is still a pandemic. Flood victims need masks, hand sanitizers and other equipment to maintain health protocols. The condition of the refugees must be maintained, don’t let them drop and get infected with the corona. Especially if he has comorbids, aka congenital diseases.

To prevent transmission of corona, the evacuation tents must be arranged so that they adhere to health protocols. Refugees may not sleep crammed in a narrow room. Better to find an additional tent or other place, so that they can sleep with a minimum distance of 1 meter. Do not let there be new clusters after flash floods in NTT and NTB.

The handling of disaster victims in NTT and NTB is regulated as optimally as possible. Due to the severe flooding, road access is difficult to pass. All parties, from the National Police Chief, the TNI Commander, the Ministry of Social Affairs, the Ministry of Health, to the Head of BNPB were deployed. So that the victims get logistical assistance as quickly as possible. They are also obliged to obtain proper evacuation places and comply with health protocols.

Supporting the Acceleration of Red and White Vaccine Production