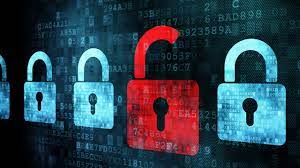 By: Zakaria )*
Covid-19 data will be protected by the government for fear of being misused by irresponsible people. In addition to fixing application weaknesses, the government has also blocked many vaccine card printing services in the marketplace.
The pandemic brought new problems, one of which was when NIK data was accidentally leaked to the public, on a vaccine card. This incident opened the eyes that data hacking is everywhere and the public is becoming more and more vigilant, lest this leak happen again. The government is trying hard to protect national Covid-19 data so that no misuse occurs.
The first strategy to prevent data leakage carried out by the Ministry of Communications and Information Technology is to investigate who is the hacker and then sell the data in the form of NIK, so that the number is not misused and used by other people to get vaccines. Internet access between hackers and data sellers will be cut off so they can’t move.
When someone has become a victim of hackers, he or she can report to Kominfo, then the report will be forwarded to the National Cyber ​​and Crypto Agency. So that it will be known who the data hacker is and he can get his NIK again to be used for vaccination. The hacker must be caught quickly because he has the heart to leak data to the public and sell it for bitcoin fees, as well as harming many people.
What if the data on the vaccine card is leaked? So far, the vaccine card is proof that an Indonesian citizen has been injected with the Corona vaccine, and will get this certificate through the Peduli Protect application. When there is a potential for data leakage, the government apologizes and tries to prevent this incident from happening again, so that the NIK on the vaccine card is not misused by unscrupulous persons.
When the weakness of the Peduli Protect application is visible, it must be repaired, by cooperating with IT experts to perfect it. So there will be no more data leakage. Bugs must be minimized, so that in the next version this application can run smoothly, without fear of being hacked.
The government also urges the public not to print vaccine cards, because it will be prone to misuse of data. For example, when you print it at a print service, it could be that the PC there was hacked or your data was copied by a rogue employee, then the NIK could be spread and misused. If this happened it would be like a nightmare.
After all, currently a valid vaccine card is the online version and when you enter a public place such as a mall, you only need to show the digital version in the Cares Protect application. It’s even more practical and you don’t have to spend money to pay for vaccine card printing services. So there is no need to print it as proof that you have been vaccinated.
The government has also blocked thousands of vaccine card printing services that advertise themselves on the marketplace so they cannot be used by the public. This is not a way to prevent them from making money, but rather an anticipation so that there will be no data leaks. After all, who can guarantee if they only store vaccine card data without leaking it or the data storage can be hacked?
Therefore, we must be aware that it is forbidden to print vaccine cards in order to protect important data. NIK and other data are very important and should not be used by others, and usually for bad purposes.
The government is trying optimally to minimize national Covid-19 data and do not let the NIK on the vaccine card leak to the public. Improvements to the Peduli Protect application are a priority. The public must also be aware that the digital version of the vaccine card is better, not printed because it could potentially leak personal data.

)* The author is a wargenet living in Depok