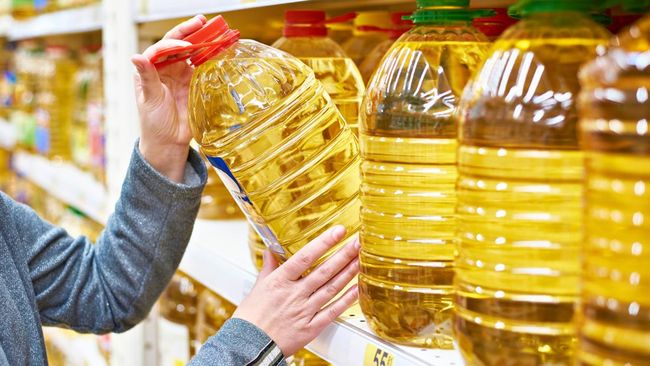 The government continues to optimize the cooking oil price stabilization policy. Various methods were carried out starting from the arrest and determination of suspects, to conducting a large-scale audit.

The government moved quickly and continued various programs to suppress the turmoil in cooking oil. After the scarcity of some cooking oil, the Attorney General’s Office managed to uncover a corrupt practice involving officials from the Ministry of Trade to issue export permits to several companies. This also indicates the existence of several mafias from cooking oil commodities.

For this reason, the government has been directly intensifying the eradication of the cooking oil mafia. Even Luhut Binsar Pandjaitan as the Coordinating Minister for Maritime Affairs and Investment has held a large-scale meeting involving all cooking oil entrepreneurs in the Bali region.

Luhut assessed that the meeting was a step that the Government could carry out in order to further improve all governance regarding cooking oil as well as on how the policies that had been taken by the Government, entrepreneurs and also a number of other associations were to be reached. With the business matching that has taken place and was mutually agreed upon by the various parties, it is hoped that all can be truly open to each other.

Of course, this effort is aimed at finding common ground and also compatibility between the policies that have been made by the Government on the one hand, then confronted with what strategy the entrepreneur wants to implement on the other. In the future, so that some things that are no longer suitable or do not produce a win-win solution can be repaired immediately.

Luhut himself considers that for at least the last 5 months there has been a mismatch and also inconsistency between the policies of the Government and the steps taken by the entrepreneurs. Then the Coordinating Minister for Marves emphasized that he did not want to be regulated by anyone, but would use the principle of listening to each other.

One thing that will be seriously considered is how the data match between the recaps that have been made by the Ministry of Trade, Industry to Customs and Excise. If there is a match between data regarding prices and the number of commodities, Luhut admits that there will be additional state revenues.

Of course, various types of data will be exposed in the audit. Starting from how much land or land on the island of Bali in particular can be used as land for oil palm, then how much production can be done, how many exports are carried out every day to what is the selling price. All of the data will actually be corrected and re-matched.

The 74-year-old Coordinating Minister also explained the next steps for the audit to be carried out. Later, he will immediately impose restrictions on land ownership for oil palm plantations, especially for people living abroad. According to him, the original wealth of the country should not be controlled by foreigners.

On another occasion, Commission III of the DPR Habiburohman stated that the determination of the suspect in the cooking oil corruption case that had been carried out by the Attorney General’s Office was a concrete answer that showed how serious the Government was to eradicate the cooking oil mafia.

Furthermore, he also hopes that this case will continue to be thoroughly investigated and not only stop at naming 4 suspects, but all parties involved must be punished because there is a strong suspicion that there are many parties involved in this case. .

The government continues to improve itself and does its best to stabilize cooking oil, both in terms of law enforcement, audits, and improving regulations. The public is also asked to be wise and participate in supporting the policy so that the stability of cooking oil can be realized immediately.

)* The author is an economist

Anticipating the Increase in Covid-19 Cases