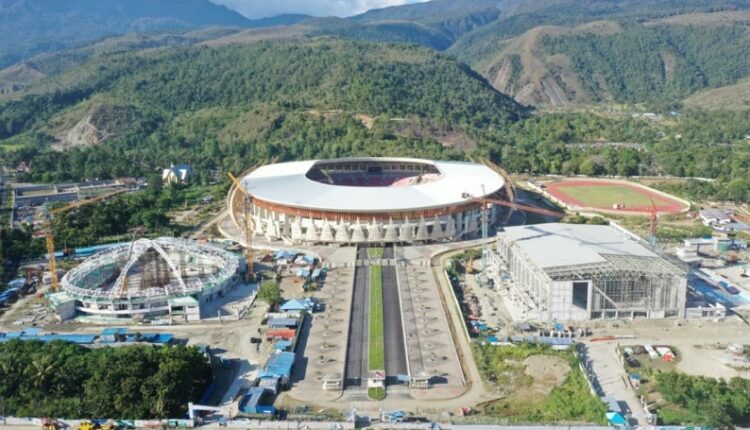 President Jokowi’s government has boosted development in Papua, so that there is justice between progress in western and eastern Indonesia. To optimize the modernity program in Bumi Cendrawasih, special autonomy will be continued in 2021. Otsus is very good because it makes the life of the Papuan people more prosperous.

Papua is a beautiful area, but unfortunately it is not as developed as in Jakarta. To promote modernity in Cendrawasih Earth, the government made special autonomy starting in 2001. This program will be continued in 2021 because it has been proven to advance Papua, and autonomy volume 2 is expected to further optimize development there.

Finance Minister Sri Mulyani stated that the special autonomy budget volume 2 was increased, from 2% of the national general allocation fund (DAU) to 2.5%. So that the regional governments of Papua and West Papua provinces receive funds of up to trillions of rupiah. The increase in the special autonomy fund is necessary, due to inflationary factors and to accelerate progress in Papua.

Sri M ulyani continued, for volume 2 of the special autonomy funds, the grant was through transfers through block grant schemes and performance based . This means that the use of funds is handed over directly to the Papua and West Papua governments, because there is regional autonomy. However, its use is certainly in accordance with the priorities and needs of the people there.

In addition, when the funds are provided and managed directly by the Papua and West Papua regional governments , they immediately allocate them for urgent needs. For example in a district the Puskesmas was damaged, so it was renovated using special autonomy funds. So that people will not be confused when going for treatment.

The provision and management of funds by the regional government proved the capability of the 2 governors, in Papua and West Papua. They already understand what Papuan civilians need. In addition, they also know the psychology of the community, and understand how to explain to them what are the benefits of the Special Autonomy Volume 2.

Otsus volume 2 is very useful because the program’s budget is not only used for infrastructure development such as bridges and buildings. But it is also used for other purposes, such as in education, health, religion, economy, and others. So that the Papuan people will progress further, because there is progress in various fields, thanks to the special autonomy fund.

A clear example of the use of special autonomy funds is the scholarships enjoyed by Papuan sons. They can go to school and get scholarship , so they are not confused about paying tuition fees and buying uniforms. If they are really smart, they can apply for college scholarships in Java or other areas in Indonesia, even abroad such as the United States .

One of the officials who is an alumni of the special autonomy scholarship is Billy Mambrasar. He succeeded in becoming an official in Jakarta, when President Jokowi was appointed as one of the millennial special staff. Billy’s success shows that the special autonomy scholarship will have a good effect for decades to come, because it makes the lives of the Papuan people shine even more.

When the otsus was extended, the Papuan people agreed. Because they realize that progress on the Earth of Cendrawasih is thanks to special autonomy funds. When there is the special autonomy program volume 2, it is hoped that Papua will be more modern and no longer far behind Java. The government is trying to make Cendrawasih more advanced and no longer synonymous with backwardness.

Progress in Papua thanks to the special autonomy funds is very grateful for civilians in Bumi Cendrawasih. They appreciated President Jokowi who pays close attention to Papua, and wants an even distribution of development in western and eastern Indonesia. The President implements Pancasila and acts fairly on the people.

) * The author is a Papuan student living in Semarang