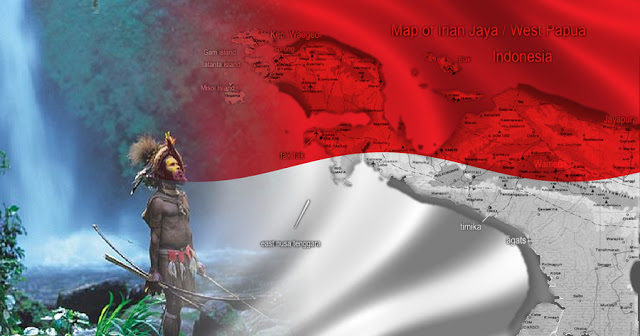 The government continues to optimize the development of various fields in the Papua region. This policy is a form of state presence and proof of the firmness that Papua is an integral part of the Republic of Indonesia.

So far, the Government of Indonesia will continue to realize equality in terms of development, so that of course not only the islands of Java and Bali are being built massively, but all regions in Indonesia, including Papua. With the occurrence of several developments that have indeed been carried out on a massive scale there, this is concrete evidence of the Government that they have taken sides with the welfare of the Papuan people.

It is undeniable that the provinces of Papua and West Papua are indeed part of the Unitary State of the Republic of Indonesia (NKRI). In fact, this was stated directly and given full support by a number of youth leaders of the Orang Asli Papua (OAP) who are in Papua New Guinea.

They firmly support that Papua and West Papua are Indonesian sovereign territories. This direct form of support was carried out by unfurling the Red and White Flag at the Indonesian Embassy in Port Moresby, Papua New Guinea and witnessed by Nugraha Kurniawan as Deputy Ambassador of Indonesia to Papua New Guinea.

The support emphasized by a number of OAP figures is also another proof that neighboring countries such as Papua New Guinea are able to clearly see the very positive partiality that the central government has towards the easternmost region of the Republic of Indonesia.

Even Sitapay, one of the OAP figures who also attended the event, stated firmly that his party saw that the Government of Indonesia was serious about developing Papua as a whole. Therefore, the OAP leaders have absolutely no doubts to fully support all development programs that are still being planned or those that have already been implemented by the Government of Indonesia in Papua.

One of the policies that was also mentioned was the extension of Papua’s special autonomy. For these OAP leaders, in fact the program is considered to have a very positive impact on the entire Papuan community itself. At least we can clearly see that the existing road infrastructure is starting to be improved, including the improvement of services in the health sector to education will also improve.

Evidence of the Government’s seriousness to continue to listen to all the aspirations of the Papuan people as seen in a meeting session that has been held between President Joko Widodo and the leadership of the Papuan People’s Assembly (MRP) at the Merdeka Palace on April 25, 2022.

During the meeting, many things were discussed, including their aspirations regarding regional expansion. In fact, the Coordinating Minister for Political, Legal and Security Affairs Mahfud MD said that the survey results stated that as many as 82 percent of the Papuan people themselves asked the Indonesian government to expand their territory. Actually, there are also many other regions that want to request expansion, but this time the President is focusing on carrying out developments in the Eastern region so that he accepts these aspirations.

Furthermore, Kurniawan as Deputy Ambassador of Indonesia to Papua New Guinea also gave his comments. According to him, precisely with the existence of all development programs in the Papua region and also West Papua, it is a very appropriate momentum in order to voice a truth that is actually happening there, not just like slanted news that has been filled with actions by separatist groups and Papuan terrorists (KST).

Altogether, all of this evidence shows how important and how much the Papuan territory has become a concern for the Government of the Republic of Indonesia. It is even said that the President himself has visited Papua 14 times, including in remote areas, in contrast to visits made in other provinces which may only be a few times.

The Indonesian government is very serious in developing Papua, proof that Papua is indeed part of the sovereignty of the Republic of Indonesia. Therefore, full support from the community is needed for various national development programs so that the progress of the Papua region can be realized immediately.