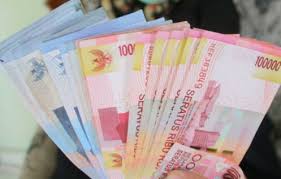 Workers will receive direct cash assistance of 600,000 rupiah per month. This aid money is a form of attention from the government, as an effort to improve the welfare of all its people. The funds are expected to help workers’ lives so that they can survive even in the midst of the Covid-19 pandemic.

Corona made many people scream because it caused their financial condition to plummet. The merchants felt lonely in the shop. The workers must be willing to reduce their salary, even up to 50%. The reason is that the company’s financial condition is decreasing. If this happens for a long time, there is a concern that an economic crisis, even a recession, will occur in Indonesia.

The government is trying hard to prevent the crisis and at the same time realizing the fifth principle of Pancasila. The President is fair to his people, both to the middle and lower classes. For this reason, special direct cash assistance is prepared for workers in need. The condition is that they are not civil servants or BUMN employees and have an account at BPJS for employment.

BUMN Minister Erick Thohir stated that the assistance to be given was 600,000 rupiah and would be given for 4 months. However, the disbursement is not monthly, but every 2 months. Those who receive assistance with salaries below 5 million and BPJS contributions below 150,000 rupiah per month. This program will start in September.

Erick Thohir continued, the aid will be transferred directly to the workers’ accounts, to prevent abuse. This stimulus program will be carried out through the Ministry of Manpower. The purpose of money assistance is to encourage public consumption. If workers earn extra wages, they can spend more. So encouraging economic recovery.

When workers shop more often, it is not a waste. Indeed, in the midst of a pandemic we also have to save money. However, many people forget that if money is used for shopping, it will save the fate of the traders. The market will be crowded and the economy will spin again. Indonesia’s financial condition can rise again after previously being sluggish.

If someone asks, why are employees already paid a salary but are instead given money by the government? Very delicious. They forget that workers are middle class who are also affected by the corona effect. The boss may impose a salary according to working hours, especially when many work from home. Salaries also adjust to the company’s financial condition.

This results in a decrease in the nominal amount of wages received by workers. Many people have the wrong idea and think their life is good, but it is not. Because at home you still have to pay the servant’s salary, pay installments, etc. Meanwhile, the salary decreased. So those affected by the corona effect are not only the poor but also the middle class.

The fate of the workers is even more miserable because as the middle class they are not entitled to social assistance in the form of basic necessities from the government. Even if you get a package, it will be labeled as bad because it is considered to be deserted. Even though we don’t know their real financial condition. Therefore, workers are also entitled to receive assistance money from the government.

The money given by the government, even though the nominal is not too much, is hoped to be able to help workers. They can use it to pay tuition fees for children or buy groceries. Government assistance has a domino effect, tuition fees are paid and teachers’ salaries run smoothly. The worker can pay the maid and the household member can support his family.

It is hoped that direct cash assistance from the government for workers can help them to survive the corona storm. This money can also be used for spending and encouraging an increase in purchases, so that the economic situation in Indonesia will improve. Government assistance must be spent wisely and carefully.

) * The author is a student of Pakuan Bogor University

Obey The Health Protocols, Pandemic is Still Not Over