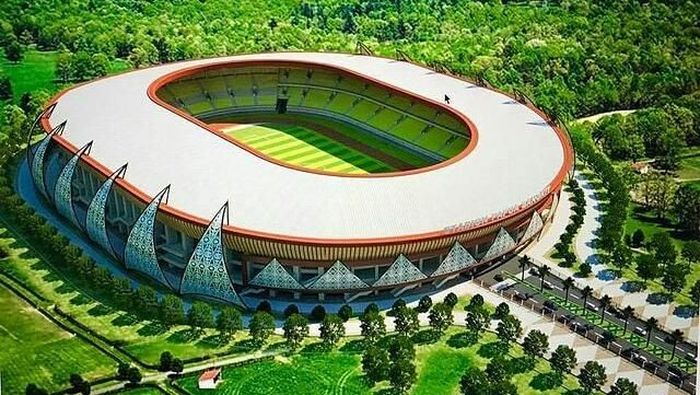 Preparations must be completed six months before the PON event takes place. He admitted that he would go directly to the location to ensure that conditions in Papua were truly safe, especially at the Lukas Enembe Stadium .

Gatot also asked the Papua Police Chief, Inspector General Paulus Waterpauw to prepare the security facilities and infrastructure for PON 2021 in Papua. Especially, in direct coordination with the Governor of Papua, Lukas Enembe .

He also requested that the place for supervision and security at athletes’ lodgings be rearranged. The number of lodgings at PON 2021 in the midst of the Covid-19 pandemic will affect the distribution of Police personnel.

The Papua Police Chief was also asked to create a sense of security for athletes who come from various regions. Security is asked to cooperate with the local government.

On different occasions, the General Chairperson, KONI, Marciano Norman, provided the latest news regarding the continuation of PON Papua 2021 amidst the conditions of the Covid-19 pandemic that have not subsided in Indonesia.

According to Marciano , PON Papua will continue according to the predetermined schedule, namely on October 2 – 31, 2021.

The construction of the match venue has also reached 90 percent, making him optimistic that PON can be carried out according to schedule.

However, given the high positive cases of Covid-19 in the country, KONI has prepared a backup plan by holding matches without the presence of spectators or supporters.

If this is the case, later the public will be able to watch the 20th PON show in Papua live streaming and broadcast live via national television.

Even though we have already thought about a backup plan, it is still at the stage of study by considering the future conditions of Covid-19 and the implementation of the Tokyo Olympics in August.

The Olympics will be a reference for KONI for the implementation of PON in October.

It should also be noted that in the PON Papua event, there are 37 sports with 679 match numbers.

Meanwhile, Kodam XVII / Cenderawasih is ready to secure the implementation of the XX PON in 2021 which will be attended by thousands of athletes and officials from all over Indonesia.

This affirmation was conveyed by the Pangdam XVII / Cenderawasih Maj. Gen. Ignatius Yogo Triyono during a meeting with PB PON XX Papua at the Mercure Hotel, Jayapura.

Pangdam Yogo also emphasized that in addition to the security forces, the community is also asked to actively participate in helping to succeed in the implementation of PON by taking part in maintaining security and order.

The joint meeting with PB PON XX was held considering that the safety factor plays an important role in organizing PON which will be attended by thousands of athletes from all over Indonesia.

Deputy Chairperson of the Central KONI, Suwarno, predicts PON Papua can be held in early October 2021.

According to him, after the announcement of the postponement of PON Papua, the Central KONI immediately made a number of adjustments. These include the legality of athletes, entry by name , to the qualifying stages of a number of sports that have not been completed.

Previously, the Chairman of Commission X DPR RI, Syaiful Huda, asked the government to postpone the implementation of the 2020 National Sports Week (PON) in Papua. This is due to the increasingly massive spread of the corona virus outbreak .

These conditions have certainly disturbed a number of training programs for athletes from various regions. Even though the training program for a sport has been structured in such a way that at the time of the event, athletes can reach peak performance.

We hope that the postponement of the XX Papua PON event from the set schedule, does not make the excitement of the event decrease, and can make the national event an achievement arena for regional athletes.