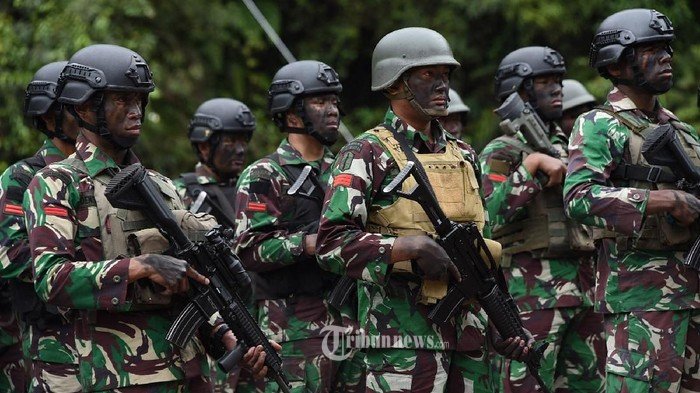 Government Prioritizes Communication in Overcoming the Security Sector in Papua

The government prioritizes communication in addressing the security sector in Papua. With this humanist and communicative approach, it is hoped that security problems will be resolved quickly.

KST (separatist and terrorist groups) Papua is still a thorn in the flesh because they still want to defect from the Republic of Indonesia. The problem is, what is at stake is the safety of civilians in Papua, because most of them were victims when KST acted. The government is trying hard so that KST is eradicated so that the Earth of Cendrawasih is safe, peaceful, and not disturbed by rebel groups.

At the end of 2021, a new approach to dealing with rebel groups in Papua and a more humane approach was held. It is hoped that this way it will be faster to resolve problems because more and more KST members are giving themselves up voluntarily.

The Commander of the Indonesian Armed Forces, General Andika Perkasa, stated that the government would prioritize communication in dealing with the security sector on Earth of Cendrawasih. The priority of the work of the TNI Headquarters in Papua and West Papua will look at geographical factors and intensive communication with the local community.

General Andika added that social communication is part of the TNI’s territorial development task, which aims to improve relations between the TNI and various community groups so that mutual understanding and togetherness grows in maintaining the sovereignty of the Republic of Indonesia.
In a sense, when there is intensive communication, it will dilute the relationship between the TNI and civilians. Here, TNI soldiers really play a role as friends of the people because they protect the community as well as warmly protect them. A familial relationship will strengthen both parties and a sense of mutual love will emerge.

When there is intensive communication, residents will be happy to be informants, so attacks from KST or OPM (free Papuan organizations) will be prevented. The reason is, there are still some (albeit small) residents who turn out to be pro OPM. However, when they are on good terms with TNI soldiers, their eyes will be opened, and they will feel that their support is being given to the wrong party.

Prevention is indeed better than treatment and site management after an OPM attack. With good communication from the community to the TNI (and vice versa) then the people will not hesitate or be afraid to report something suspicious, which may be done by KST. They just call and the security forces will take care of it.

Effective communication must be established because so far many victims of KST have the status of civil society. Do not let any more victims from them because they cannot fight back when attacked, so that attack prevention can be done if the communication is good.

In addition, civilians can also tell how warm the relationship with TNI soldiers is. So when there are KST members (who pass by) or their families (who turn out to be secretly pro KST) they will know it. They can be touched and know that the TNI came to defend the people and not the other way around.

KST members will realize that the existence of the TNI is to protect Indonesia from division and currently Papua has been transformed into a modern and beautiful one by the government of President Jokowi. They will surrender voluntarily before the authorities and are welcomed. Even promised a new job.

KST eradication enters a new phase when there must be intensive communication between civilians and TNI soldiers. With good relations, it will be more familial and the TNI will act as a friend of the community. Civilians will be happy informants (unofficially).