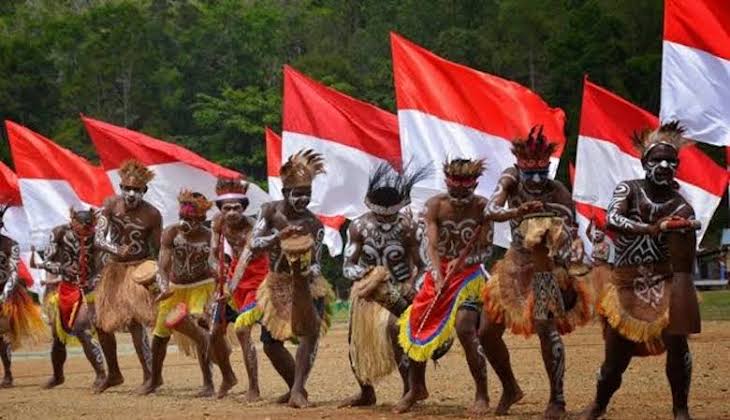 Government Seeks the Prosperity of the Papuan People

The government is building Papua so that the region can progress in economic and other terms. Development in the land of paradise is not only in the form of infrastructure projects. But there is also an increase in human resources. So that all Papuan children get a very decent education.

Tanah Papua is located very far from the center of government in Java. So far there have been those who have protested, why is progress on the island of Java different from that in Papua? The government responded by building infrastructure in Papua and this will be done for 5 years. Projects to advance Papua began in 2019.

After the construction of Sentani airport and the trans Papua route, it is hoped that there will be an increase in the economic sector. Transportation will be smoother and there will be no more news of people starving because the terrain to the city is very tough. In addition, other facilities will be built in Papua, so that there is no inequality in the social sector, when compared to Java.

Development on earth of paradise is carried out not only in terms of economics and infrastructure. Minister Mahhfud MD stated that development in Papua also includes improving the quality of human resources, through education. The native Papuan sons are given the opportunity to be given scholarships, both to study in Java and abroad.

Progress in Papua must be realized by boosting the education sector. Because if there is only a building as a result of infrastructure, the workers if possible are 100% Papuan. This can happen provided they have a high level of education. So, Papuan children really have to go to school and study smoothly.

In Papua, the development will indeed be carried out holistically. Mahfud continued, there are five agendas for development in the Papua region. Namely in terms of infrastructure, education, ease of bureaucracy and simplification of regulations, economic transformation that utilizes Papua’s natural resources, and accelerated integrated development.

If there is ease of bureaucracy and simplification of regulations, the infrastructure development process will run smoothly so that it can be accelerated and become an integrated project. So far, there has indeed been an accumulation of funds from the central government, which come from taxes. But the existence of the money must also be supported by development rules that are not meticulous.

Holistic development will accelerate progress in the land of Papua. Because after there are other buildings and infrastructure, and it is built with native paradise employees, there will be an increase in the economy for the indigenous people there. They either get a very decent salary or have a very smooth business, thanks to good infrastructure support.

It is hoped that progress in the economic sector can make life in Papua better. The people will be more prosperous and the prices of basic food and other goods will be less expensive than a few years ago. Indeed, it is known for prices much higher than in Java. The reason for this was the soaring fuel prices, reaching 100,000 rupiah per liter.

The government has overcome this by creating a one-price fuel program. So the price of gasoline in Jayapura and Jakarta is the same. If the price of fuel oil returns to normal, the price of rice and other basic goods will automatically decrease. The Papuan people will be able to buy enough basic foodstuffs and save the remaining salary. They can prosper and there is no poverty there.

The government is keen to improve Papua’s welfare so that there is no economic imbalance there. The land of paradise is part of Indonesia too, so there is no term deanacted. After infrastructure development such as the Trans Papua road, the economy can improve, because transportation is getting smoother. Progress there has also taken place in education.