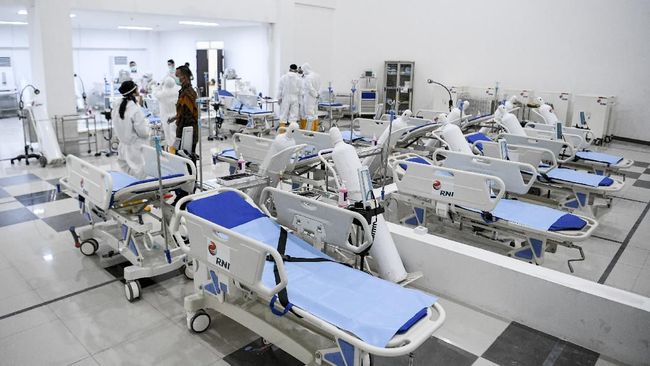 The Indonesian government has been praised internationally for being quick to respond to the COVID-19 pandemic and its effects. This recognition is very proud because it proves that the government is working very hard to minimize the negative impact of the pandemic.

We have passed the pandemic for more than a year and so far the government has worked very hard to overcome its effects, both in the health sector and the economy. Many programs have been implemented to deal with the corona virus such as national vaccinations, national economic recovery programs, providing social assistance, etc. So that people are helped and not affected by corona or its negative effects.

M Azis continued, the Australian government has not yet fought this virus massively. They will work closely with the Indonesian government to deal with the effects of this pandemic. It is hoped that this collaboration will reduce the number of Covid patients in both Australia and Indonesia drastically.

The appreciation from Australia is a positive thing because it shows that the Indonesian government has worked very hard to combat the impact of the pandemic. After the Sinovac vaccine was available, President Jokowi ordered it at the end of 2020. He moved quickly to secure vaccine stocks and started a national vaccination program. Several months later there was a scramble for vaccines between several other countries and we did not participate, because we already had supplies.

Then, the government also decided to buy vaccines from other manufacturers such as AstraZaneca. Also ordering vaccines in bulk or raw materials and processed in Indonesia. This decision was taken so that we have an adequate supply of vaccines. The reason is that vaccine production is still limited while the number of Indonesian citizens is more than 220 million people.

The Coordinating Minister for Maritime Affairs and Investment stated that the American government praised Indonesia, and President Jokowi’s leadership in handling the corona pandemic was considered very exemplary. In addition, the president’s fiscal and monetary policies were also appreciated.

The many compliments from foreign parties prove that President Jokowi’s hard work is recognized by the international community. For example in the national vaccination program. Everything is free of charge 100% so that it does not burden the little people.

Compare this with the situation in Singapore where the vaccine has to pay a fairly high cost. The government understands that during a pandemic, people’s financial situation is a bit shaky, so vaccines are free.

The government continues to make various strategies to deal with the impact of the Covid pandemic. The reason is because because of such a small virus, almost all sectors have fallen apart, from health, tourism, to the economy. Therefore, vaccination is encouraged so that we can be in a state of herd immunity as soon as possible.

The target of the Ministry of Health is that national vaccination can be completed within 18 months, but President Jokowi has requested that it be accelerated to 12 months. The trick is to open an independent vaccination route, and it is still free because the costs are borne by the company.

In addition, the national vaccination route is carried out en masse with a target of 1,500 people per day per city/district, so that all have been injected. Mass vaccination of course by complying with health protocols.

When the handling of the corona in Indonesia is praised by the international community, we should be proud because the government has moved quickly in overcoming the impact of the pandemic. As a good citizen, that pride is manifested in gratitude and compliance with all government programs. The goal is to control the handling and reduce the number of Covid patients.