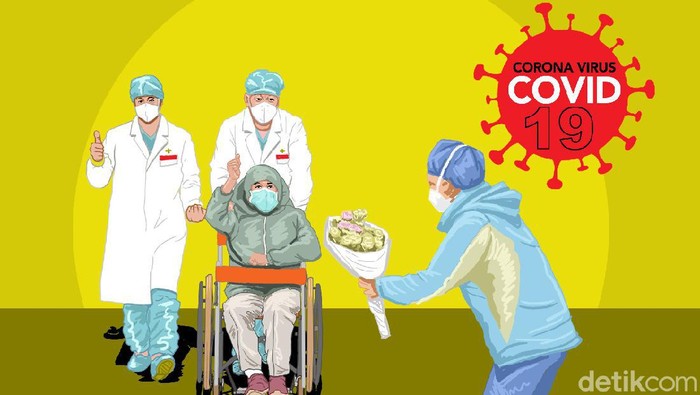 The government continues to monitor the development of the new coronavirus variant AY.4.2 which is currently developing in the UK. The public is also asked to always discipline Prokes to prevent the spread of these variants from developing in Indonesia.

Minister of Health Budi Gunadi Sadikin said the Ministry of Health is closely monitoring the new Delta variant and the AY.4.2 variant so that it does not pass into Indonesia and triggers an explosion of cases.

Through the RI Economics YouTube Channel, Budi said, in the UK Covid cases have increased even though vaccination has reached 70%. The increase in cases was due to a new variant, in the UK there is a sub-variant so the mutation for the Delta variant named AY.4.2 which is currently on the rise in the UK is being closely monitored.

Budi said that currently, the Delta variant and its derivative variants, namely AY.2.3 and AY.2.4, still dominate in Indonesia. Therefore, his party will maximize the detection of new variants in 12 whole genome sequencing (WGS) laboratories.

The AY.4.2 variant is making its way to Singapore. So the main strategy is not to let these variants enter and be supported by a tight monitor. Furthermore, Budi asked that people’s mobility ahead of the Christmas and New Year holidays can be suppressed.

Budi also reminded the public not to repeat the same mistake, because with high mobility there would be a risk of increasing Covid-19 cases. Don’t be euphoric by just walking around, entering the mall, entering full of cafes, because this can cause an increase in cases. We have to look at the UK and Israel even though in both countries the vaccination has reached 80 percent, but if the prokes are not implemented, the Covid cases can increase.

Furthermore, Budi said, the ministry of health has also monitored districts/cities in Indonesia in the last 4 weeks. As a result, there were 105 districts/cities experiencing an increase in cases. Although the figure is still in the category of not worrying, because it is still below the WHO safe limit, we try to anticipate it earlier.

Currently, the government is also focusing on preventing an increase in Covid-19 cases which could potentially occur during the 2021 Christmas holidays and the upcoming 2022 New Year. Budi added that controlling Covid-19 during Nataru will greatly affect the implementation of various major events that will be held in the country. .

Budi firmly said that his party was trying to anticipate earlier so that excessive euphoria would not make us careless, not alert and the increase in cases in 105 districts/cities would then become uncontrollable because the increase was very high.

In an effort to continue to control the pandemic, from the surveillance side, the Minister of Health ensures that tracing and testing continue to be intensified. It will also ensure that all close contacts must be tested because that is where the greatest risk of spreading the virus is. Apart from confirmed cases, all close contacts should be tested. So the 3T protocol must be run as well as possible.

In addition, the government also continues to ensure the acceleration of the national vaccination program, especially for the elderly (elderly) who have a high risk of being exposed to Covid-19.

Regarding the availability of medicines and medical devices for handling Covid-19, Budi said that the government was finalizing a collaboration with Merck, a pharmaceutical company from the United States, to bring the drug Molnupiravir to the country.

It is important to note that the AY.4.2 variant is 10 percent more likely to be contagious than the most common Delta variant. This was conveyed by the Director of University College London Genetics Institute, Francois Balloux, PhD.

Although it is more contagious, this does not always mean more worrying. Moreover, if a person has received the vaccine, it is likely that his immune system has been stimulated to become stronger.

We all certainly hope that the prediction of wave 3 will not happen, but that does not mean that anticipatory steps are not taken. Of course, the health protocol must still be realized as an effort to protect yourself and those around you because the pandemic is not over yet.

By: Elisabeth Sukmawati)* The author is a contributor to the Press Circle and Cikini Students