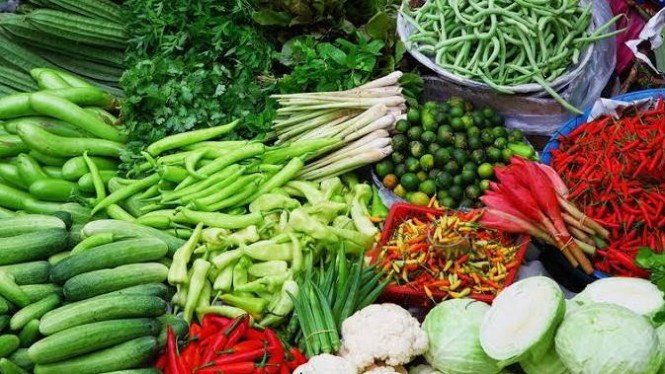 The government held a holding of food SOEs and merged several companies to be more efficient and maximize production results. The main objective of this holding is to realize national food security and increase production from agricultural and fishery products in their own country.

Food security is very important, especially during a pandemic, because if we have food security, we will not starve and fall into poverty. In the new order era, we have succeeded in being self-sufficient in rice and this achievement must be improved again in the reform era and beyond. Don’t let people die from hunger, because Indonesia does not have sovereignty in the food sector.

Deputy Minister of SOEs I Pahala Mansury stated that after this merger, the target is to enlarge their role in their sector, for example rice in PT Sang Hyang Seri’s market share is only 1%. We hope to increase 7%-8% in the next 5 years. This is a very big market.

Pahala Mansury added that PT Sang Hyang Seri also produces and distributes seeds throughout Indonesia. It is hoped that in the next 5 years, distribution and production will increase between 30%-40%. So all parties must work hard to make it happen.

Why should there be a BUMN holding? The reason is because if the 2 companies are merged, there will be efficiency in the distribution sector so that the implementation of logistics distribution will be more optimal. In addition, good cooperation will be established, so as to increase profits. So that the people who benefit the most because the distribution of food is wider and they have no trouble finding it.

In addition, the merger of 2 BUMN companies in the food sector will increase the production of food ingredients, such as rice. When rice production increases, food self-sufficiency will be achieved, and stocks will be safe for some time to come. When the supply of rice is safe, there will be no increase in prices, and again the common people will benefit.

Meanwhile, holding in BUMN in the food sector in the fishery sector is expected to increase distribution by 5%. The distribution of fish and other marine products is carried out not only throughout Indonesia but also abroad. That way, it will increase state income and provide large profits, because trade is denominated in dollars.

The government is indeed keen to improve national food security because food is a basic need for all human beings. If there is not enough food, it will be very dangerous because there can be a shortage, which will increase the price. In addition, if there is a shortage, it will scramble and cause mass brawls.

Therefore, to prevent bad things from happening, food security is the government’s priority. Especially during the pandemic when people’s purchasing power declines, food security must increase, so that there is no inequality and price increases that can make people suffer.

The government creates a food SOE holding and conducts mergers so that the distribution of foodstuffs such as rice can be more effective. When there is a merger, it is hoped that it will maximize the results so that the community will benefit the most. Food security is highly expected by the community so that self-sufficiency occurs and stocks will be safe.