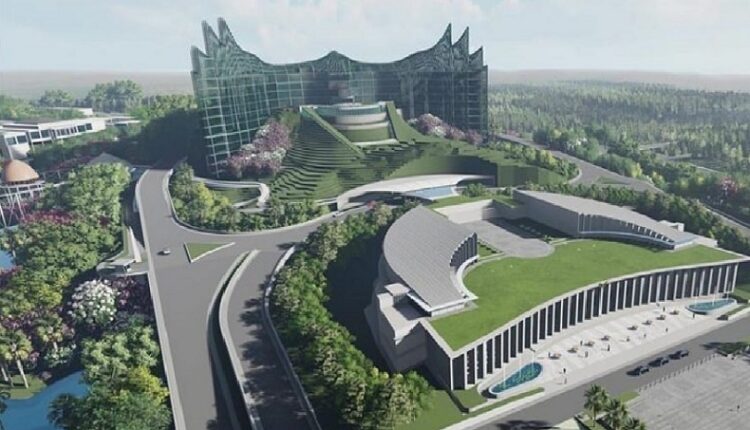 The development project for the National Capital City (IKN) of the Archipelago has proven to be very effective in improving the investment climate in Indonesia. It is not only the permitting process that has been greatly simplified, but the project is considered to have great potential in the future by continuing to prioritize the principle of sustainability.

The President of the Republic of Indonesia, Joko Widodo also immediately conveyed his serious commitment to further improve the investment climate in Indonesia by collaborating with S-ASEAN Business Council delegates on several types of client of business including in the fields of energy, digital transformation, health to tourism.

Some of these fields are indeed very important as the basis and priority for the Government of Indonesia to continue to be improved because it cannot be denied that these fields are the initial support for the movement of a country’s economy.

To US-ASEAN entrepreneurs, the President explained Indonesia’s commitment to create a better investment climate. In addition, Jokowi also discussed Indonesia’s potential, including in trade, manufacturing, to the development of downstream industries.

Minister of Foreign Affairs, Retno Marsudi added that the President has also prepared the development of cooperation specifically in the energy sector to the digital economy. According to him, in the field of energy transition, it turns out that it is very important to strengthen technology and investment because Indonesia itself is conducting an energy transition so that energy security must also continue to be ensured.

Meanwhile, in the digital economy sector, Jokowi said that the development of the digital economy should not forget the interests of the community. The Foreign Minister said that in this meeting, all delegates of the US-ASEAN Business Council who were present also expressed their appreciation for Indonesia which is pro-active in the field of information and leadership in the region.

So far, the government has not moved alone and has only prioritized the interests of a few people, but with the continued development of the digital economy, all people in the future will be able to receive the benefits because the digital era today cannot be denied how important it is. .

Meanwhile, the Minister of Investment/Head of BKPM, Bahlil Lahadalia added that in this meeting the US-ASEAN business delegations also expressed their appreciation for President Jokowi’s leadership in controlling the Covid-19 pandemic and maintaining economic growth.

The control of the Covid-19 pandemic in Indonesia is one of the best in the world because it is able to suppress the transmission curve of the virus and remains in a stable position to maintain the slope of the curve, so that with the guarantee of good pandemic control, people will also be much calmer to be able to return to their activities and improve the national economy as well.

According to Bahlil, the delegations of entrepreneurs also expressed their interest in increasing investment in Indonesia, both in the tourism, health and digital economy sectors. There are even several sectors that have been running, such as the oil and gas sector to the mining sector.

Then one of the things that made the investors confident to cooperate with Indonesia was because there was a very promising project from the development of the National Capital City (IKN) of the Archipelago. It should be noted that IKN development itself does not only rely on APBN funds, but there are also a number of projects offered to the private sector.

The government has even included some of these projects as a list of priority investments and is targeted to be completed by 2024, mainly regarding commercial and essential facilities. Head of the IKN Authority, Bambang Susantono, said that he had mapped out the investment potentials needed for development, from the commercial to the essential sectors.

His party has also prepared various kinds of cooperation schemes according to the tastes and scale of business actors. Such as direct investment, asset utilization cooperation, build-and-use schemes, Government-Business Entity Cooperation (PPP) schemes and other schemes have designed policy corridors.

Bambang Susantono stated that the development of the commercial sector such as shopping centers, entertainment and mixed-use areas for residential, hotel and office construction has even been prepared. Not only that, but essential sectors such as education and health, energy and telecommunications have also been prepared.

Moreover, the current investment licensing process in Indonesia is much simpler than before because since the Omnibus Law was introduced, it has made all these permits much easier, including offers regarding green economy and green energy.

The construction of the National Capital City (IKN) Nusantara project turned out to have a very large impact on improving the investment climate in Indonesia. The reason is that investors consider that this is very promising and profitable because it has been very concerned about how there is sustainable development so that it can continue to be enjoyed by the next generation, besides that the investment licensing process in the country itself has been greatly simplified.