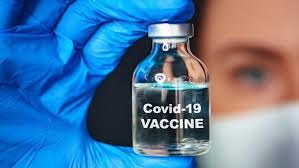 Indonesia Only Use Proven Vaccines

Clinical trials of the Covid-19 vaccine continue to show progress, however, Indonesia is committed to only using vaccines that have been tested, have effectiveness and safety as well as distribution permits.
Wiku Adisasmito as the Spokesperson for the Covid-19 Handling Task Force said that the World Health Organization (WHO) statement said that the World Health Organization (WHO) would not promote the covid-19 vaccine until it was proven safe and went through phase 3 clinical trials.
On a different occasion, the Minister of Research and Technology, Bambang PS Brodjonegoro admitted that he agreed with WHO, because only the tested vaccines could be given to the public.
WHO has also noted that there are 33 vaccine candidates that have entered the clinical trial stage and 143 vaccine candidates that are still in the preclinical trial stage around the world.
BPOM Indonesia said, of the hundreds of covid-19 vaccine candidates, there are 2 vaccine development paths that are currently being carried out by Indonesia.
It should also be noted, that currently Indonesia is developing a Red and White vaccine led by LBM Eijkman. In addition, PT Bio Farma in collaboration with a company from China, Sinovac, is also developing a covid-19 vaccine which is expected to be produced in early 2021.
It should also be noted, the Red and White Vaccine was developed using DNA from the original Indonesian virus. The vaccine only uses certain subparticles or parts of the Covid-19 virus.
The Red and White vaccine is targeted to be mass produced in mid-2021. However, before the Covid-19 vaccine actually exists, local governments are asked to re-enforce health protocols in their respective regions.
In addition to producing native Indonesian vaccines, the government will also produce vaccines in collaboration with Sinovac, where the vaccine is still in the third phase of clinical trials.
If this clinical trial is successful, the vaccine will be produced in early 2021. The plan is that Indonesia will produce 290 million vaccines by the end of 2021.
Meanwhile, the Covid-19 vaccine, which is currently undergoing clinical trials, is projected to be given to the areas most affected by the pandemic when clinical trial procedures and distribution permits are completed.
Airlangga Hartarto as the Coordinating Minister for the Economy said that around 180 million Indonesians would get the vaccine next year when the vaccine was found.
He explained that it is predicted that the vaccine is not sufficient to only be given once. Each person can receive more than 1 injection to get immunity against the corona virus.
If there are 180 million people who will do the vaccine and it is done 2 times, then the government is obliged to provide 360 ​​million doses of vaccine.
In a separate place, Chairman of the Committee for Handling Covid-19 and National Economic Recovery, Airlangga Hartarto, revealed that the government has prepared funds for the procurement of the covid-19 vaccine for this year amounting to Rp. 3.8 trillion.
Indonesian President Joko Widodo has also formed the National Team for the Acceleration of Corona Vaccine Development through Presidential Decree (Keppres) Number 18 of 2020. Fadjroel Rachman as the Presidential Spokesperson said that the formation of the team was needed to accelerate efforts to develop the covid-19 vaccine independently.
The team was led by Airlangga Hartarto and Bambang Brodjonegoro as the Chief Responsible Officer. The formation of the team through Presidential Decree No. 18/2020 was stipulated by the President on 3 September.
The aim of forming the team was stated to accelerate the development of the covid-19 vaccine in Indonesia. The team is also mandated to realize national resilience and national independence in the development of the covid-19 vaccine.
In addition, the formation of the tumor is also aimed at increasing the synergy of research, development, study and application of science and technology, as well as invention and innovation, production, distribution and use and / or utilization of vaccines between the government and scientific and technological institutions.
The team also received the mandate to prepare, utilize and increase national capacity and capacity in vaccine development. The team’s tenure is set until December 31, 2021.
Meanwhile, Jokowi also sent BUMN minister Erick Thohir and Minister of Foreign Affairs Retno Marsudi to hold a bilateral meeting with China’s foreign ministry. The meeting was a follow-up to the online meeting with Foreign Minister Wang Yi at the end of July 2020.
The covid-19 vaccine is still being pursued by the government, of course all these efforts are being made to the maximum so that Indonesia can be free from the Covid-19 pandemic.
Zakaria, the author is a citizen living in Bogor

KAMI are Splitting the Peace Halves