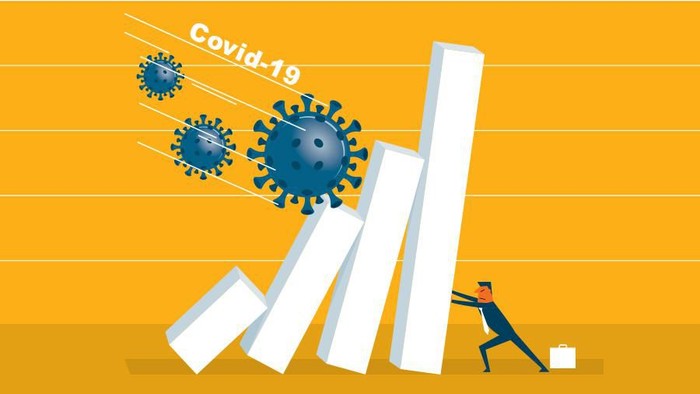 There are signs of economic improvement in Indonesia, although there are several indicators that indicate vulnerability. One signal of recovery is an increase in foreign exchange reserves, which is an indicator of Indonesia’s ability to finance imports and finance foreign debt or obligations.

In addition, the increase in foreign exchange reserves in August 2020 was influenced, among others, by the withdrawal of government foreign loans as well as tax revenues and oil and gas foreign exchange.

The increased sentiment in foreign exchange reserves caused the rupiah exchange rate (exchange rate), which was traded between banks in Jakarta, to strengthen by 10 points or 0.07%.

BI stated that the economic index is improving, as reflected in the Consumer Confidence Index (IKK) of 86.9 in August 2020.

Spatially, consumer confidence improved in 8 survey cities, with the highest increases in Surabaya, Manado and Denpasar.

BI also said that the improvement in consumer confidence in August 2020 was driven by consumer perceptions of current economic conditions. This perception continues to improve on the back of increasing confidence in income, job availability and purchasing of durable goods.

Meanwhile, consumer expectations regarding the forecast for economic conditions in the next 6 months were quite optimistic, although they were lower than expectations in the previous month.

This is due to expectations on income, job availability and future business activities that are not as strong as the previous month.

On a different occasion, finance minister Sri Mulyani Indrawati said that a recession that could potentially occur in Indonesia was not entirely a bad sign for the national economy amid the Covid-19 pandemic.

Sri Mulyani said that in the last one month there was a pretty good increase, Indonesia still has hopes that economic growth in the third quarter will be better than in the second quarter, which has a deep contraction of up to 5.3 percent.

He also added that the government has attempted to accelerate government spending in line with the accelerated absorption of the National Economic Recovery (PEN) program budget. The hope is that public consumption can recover quickly, investment will gradually increase to positive growth and national export performance can increase.

Meanwhile, Special Staff to the Minister of Finance Masyita Crystalin said that there has actually been a reversal in economic indicators, one of which is the Purchasing Manufacturing Index (PMI).

He explained that the government has also made efforts to prepare aspects in encouraging the achievement of the economic growth target next year, namely through the preparation of the 2021 State Budget Draft (RAPBN).

In addition, according to him, the existence of a covid-19 vaccine plan that would be found and could be disseminated was also a supporting factor for achieving the economic growth target in 2021.

The economic sector in Indonesia has indeed been adrift, especially when the PSBB was implemented, not a few companies were forced to lay off their employees. However, entering into a new life adaptation, of course, the wheels of the economy are expected to keep turning and continue to improve.

By: Abdul Razak) ** The author is a contributor to the Jakarta Press and Student Circle