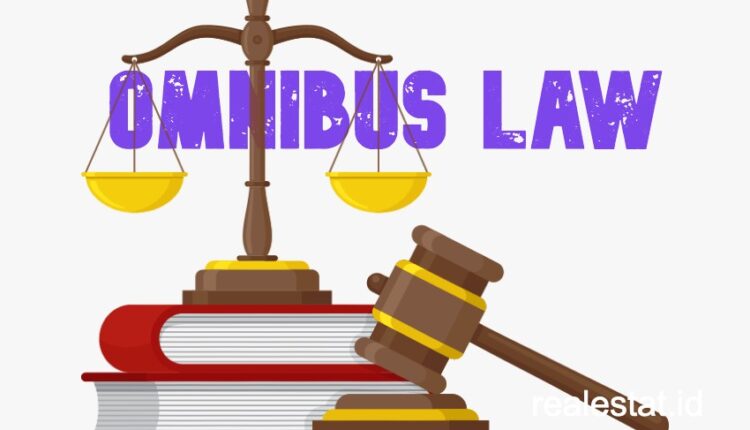 In the midst of the hit by the corona storm, the government is struggling to get up, especially in the financial sector. Therefore, the Job Creation Law was promulgated so that there will be reforms in the fields of bureaucracy, investment, and others. So that the economic situation will improve again and make Indonesia a developed country, not just an intermediate country.

The Omnibus Law The Job Creation Law is a law that worries many people, because it regulates almost all sectors, from the economy, investment, mining, to forestry. The main objective of this law is to improve state finances. Because we were stumbling due to the crisis that occurred around the world due to corona.

We certainly do not want to fall into an economic crisis like in 1998. In fact, during a pandemic, it is the right moment as a turning point, so that the financial situation can improve, even progress. It is not impossible for Indonesia to change its status from a middle-class country to an advanced one, thanks to the Job Creation Law.

In line with Iskandar Simorangkir, Minister of Finance Sri Mulyani also stated that Indonesia’s economic progress depends on incoming capital. This capital comes from foreign investment. So the Job Creation Law is very important because if it is made easy for investors to enter, it will improve economic conditions in Indonesia. So as not to fall into a recession.

Foreign investment can also change Indonesia’s status to become a developed country, because one indicator of a country’s progress is the amount of investment. When there are many investors in Indonesia, they will bring progress because they create labor-intensive factories and industries. Thus reducing unemployment and increasing people’s purchasing power.

The Job Creation Law also has clusters for the ease of doing business and MSMEs, making it easier for business people to manage their business. Unemployed people who want to become entrepreneurs can also work happily, because bureaucracy and regulations are not as complicated as they used to be. Business permits can be issued in 7 days and can be arranged online. Taking care of halal certification is also made easier.

We are still struggling to ensure that the country’s economy is stable after a drastic decline due to the effects of the Covid-19 pandemic. Don’t be upset and worried, because the government has a Job Creation Law which changes many regulations in the fields of investment, economy, and others. There have been positive changes in the financial and business sectors, so that Indonesia can be bouncy, from middle to developed countries.

Indonesia’s change towards the status of a developed country requires community participation. Therefore, all Indonesian citizens are required to support the Job Creation Law. So that the regulations in the Law are obeyed and can improve social and economic conditions. The existence of a pandemic exam does not mean you have to give up, but it becomes a trigger for motivation to keep going.