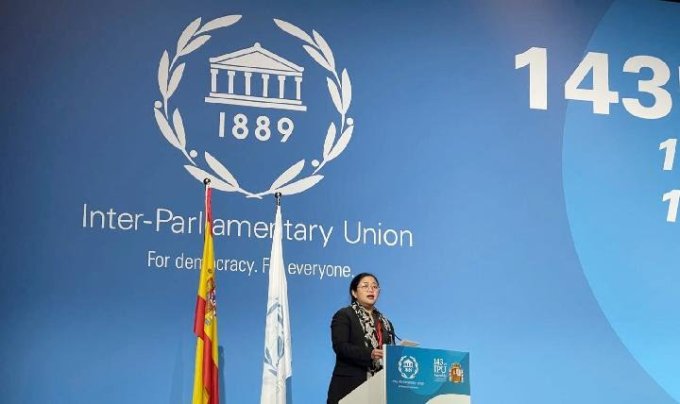 Indonesia will hold the 144th World Parliament (IPU Assembly and Meeting) in Nusa Dua Bali. One of the advantages of the meeting is that Indonesia will implement a pro-nature agenda (Green Agenda).

The Secretariat General of the DPR RI Endah Tjahjani Dwirini Retnoastuti explained that during the four days of implementing the IPU, they would be committed to implementing an agenda that favors nature or what is known as the Green Agenda. According to Endah, this is in line with the IPU theme this time, namely Getting to Zero Mobilizing Parliament to Act on Climate Change. In accordance with this theme, we will also hold several activities related to the Green Agenda.

For example, in this momentum, IPU will invite social activists named Melati and Isabel Wijsen for their contribution for six years in making a movement to reduce world plastic waste through the ‘bye-bye plastic bag’ movement. The two brothers from Bali have actively mobilized the masses not to use single-use plastic. They now have 50 teams spread all over the world.

Endah said that they were often invited to various international occasions and international conferences. Therefore, his party will invite them to represent Indonesian youth to talk about the Green Agenda at the IPU. Melati will be side by side with world figures and it will be very proud for Indonesia.

In addition, during the implementation of the IPU, the mobility of delegates from various countries will also be reduced which can produce carbon emissions, such as the use of buses. Thus, the delegates will be encouraged to walk more to enjoy the air in Bali. It will also reduce the use of paper on a large scale. The committee will also develop an application called the IPU Event App. So during the trial all the information is no longer on paper as long as it is needed, because it is already in the application.

Previously, the Secretary General of the DPR RI Indra Iskandar said the number of participants who would attend was estimated at around 1,500 people. Please note that the last meeting in Madrid was attended by 1200 people, consisting of 179 countries or parliamentarians and their delegates.

Noted, delegates from 87 countries have confirmed to potentially attend. Of course this is related to how we handle, especially the implementation and health protocols so they make sure the journey from their respective countries to Bali is not too complicated.

The Green Agenda is certainly an interesting concept to discuss, considering that plastic bags have become an important discussion issue recently in the world of waste management.

Cheap plastic prices, easy to find and easy to use make plastic bags have become a part of human life. Almost all food packaging and packaging of goods and food use plastic and plastic bags.

It is no secret that the nature of plastic waste is not easy to decompose, the processing process is toxic and carcinogenic, it takes hundreds of years to decompose naturally.

Indonesia is ranked second in the world as a producer of marine plastic waste. In fact it feels very difficult to break away from plastic, because of the convenience and practicality. From coffee cups at Starling to grocery containers at minimarkets, the use of plastic seems to keep increasing.

Therefore, it is fitting that problems related to waste, especially plastic, should receive special attention, and hopefully the IPU by implementing the Green Agenda in Nusa Dua Bali will produce concrete solutions to global problems.