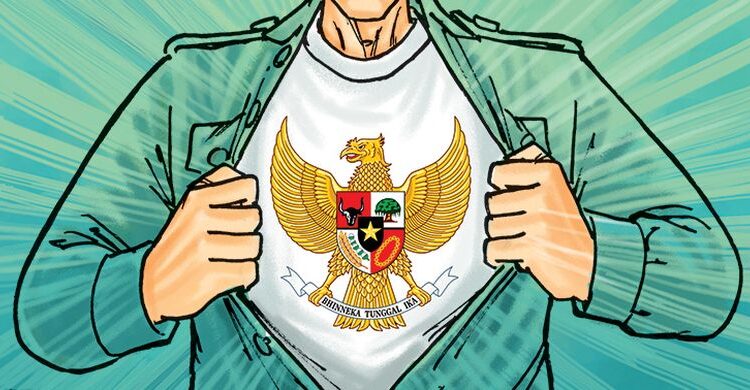 JAKARTA – A high tolerance attitude is currently needed. Tolerance which is built on the basis of having fought together for the word of independence in the Mother Earth, which is slowly crumpled up, must be grown again amid the adaptation of new habits (ADP).

In the past, the fighters to liberate the homeland against the invaders, now people have to fight by implementing strict health protocols against the Covid-19 pandemic. That is the exemplary attitude of freedom fighters that every society must instill today.

This was conveyed by Dadang Sudardja, an activist of the Disaster Risk Reduction Forum (FPRB) in a virtual discussion with the theme “Emulating the Spirit of Freedom Fighters, Obeying Health Protocols”, Wednesday (19/08/2020).

Dadang explained that as a child of a civilized nation in the midst of this unpredictable global disaster, all levels of society are forced to accept conditions with a new normal life. Attitudes that have been considered impolite by refusing to shake hands, sitting far apart, talking without showing a face due to the obligation to wear a mask and so on, are now considered normal.

“All that requires patience. Legowo, who previously had the habit of gathering like religious traditions and rituals, is now limited. Several places of worship have been used as clusters for the spread of the virus and this has resulted in most administrators of other places of worship being forced to postpone or cancel routines. Everything is switched online, schoolchildren learn online, discussion forums, workshop and others, “he said.

These attitudes, continued the activist Wahana Lingkungan Hidup, who is now concerned with the task force to accelerate the handling of Covid-19 in West Java, are the spirit of nationalism, that is to fight for the family, environment and surroundings to stay healthy and maintain health.

Still according to Dadang, tolerance also requires patience in accordance with their respective roles. By not making too many demands on the government or other attitudes that actually worsen the situation which leads to criminal acts.

THE IMPLEMENTATION OF THE OMNIBUS LAW NEEDS TO BE SUPPORTED