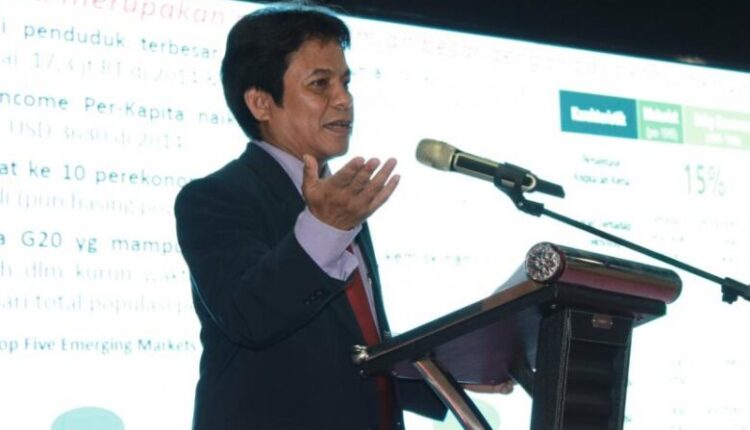 The government’s move to raise fuel prices is actually due to maintain fiscal stability in the state budget, which is now burdened with high subsidies due to fluctuations in world oil and gas prices. The increase in fuel prices is considered appropriate because it is based on precise and valid calculations; so that the policy is acceptable.

The Chancellor of the Ahmad Dahlan Institute of Technology and Business (ITB-AD), Dr. Mukhaer Pakkana, said that the Government’s move to increase fuel prices is the right step to deal with the possibility of a state budget deficit that is too far from the normal limit according to the law, which is 3 percent. He also offered that the Government be oriented to the trend of Brent and Texas oil prices.

“The price adjustment option that I offer is around 35% and the government has implemented it. So far, the basis for calculating oil prices carried out by the Government is oriented to the trend of Brent and Texas oil prices. Obviously that’s the market price. If that is used as a benchmark, surely the fuel price will be adjusted,” said Mukhaer.

Mukhaer also suggested that relevant government agencies seek international sources of oil originating from Russia, besides being cheap, the stock availability is still safe and not afraid of US embargo sanctions.

“But if you look for other international sources of oil, for example, Russian crude oil, I think it is much cheaper. It can match the price set in the 2022 State Budget, which is US$62 per barrel. On the other hand, supply from Russia is also not lacking. In fact, China and India are the biggest importers from Russia,” he added.

Crude oil from Russia is believed to be able to ease global market supply chain bottlenecks and dampen price spikes. Sea shipments to China averaged 1 million barrels/day, an increase throughout 2022 by 600,000 barrels/day. Russia shipped 600,000 bpd in the 4 weeks to June 17, up from 25,000 bpd.

According to Mukhaer, who is also the Deputy Secretary of the PP Muhammadiyah Economic and Entrepreneurship Council, by increasing the price of fuel, the government must revoke VAT of 11 percent of fuel. Because every purchase of fuel must be subject to VAT. Thus, if VAT is revoked, fuel prices will be cheaper again.

In addition, he also advised the government that direct cash assistance (BLT) be handed over not to the Head of the Household, but to Housewives (IRT). According to him, women are more effective and appropriate in benefits than husbands or men.

“Benefits for household economic activities are more concerned if handled by IRT. In addition, do it jointly. The model of supervising each other in groups, this model is believed to be more productive,” said Mukhaer in Jakarta.

Mukhaer also hopes that Pertamina and the ministry will carry out public communication and education regarding the transfer of the fuel subsidy budget so that it is right on target with social assistance (Bansos) so that people become calmer and more optimistic after the fuel price hike.

Separately, a similar view also came from an observer of strategic issues, Prof. Imron Cotan, who said that he believed that the Government already had strong tools to deal with a number of impacts of fuel price adjustments. Even some of the turmoil that occurs will only be a small problem and will be able to be faced together.

“I believe that the Government already has the tools to deal with, for example, the turmoil in society with the adjustment of subsidized fuel prices. Besides that, the ripples are only small and we can deal with them together so that they can be more under control given the current situation,” he said in one of the discussions in Jakarta.

One of the most appropriate steps that has been taken by the Government is to replace subsidies that were previously goods-based to individual-based so that they are much more targeted.

With the implementation of this, Prof Imron Cotan views that it is the government’s effort to bring justice in the community. Because so far, around 80 percent of the fuel subsidy has been enjoyed by the well-to-do.

“Therefore, the Government has decided to target those in need or in other words, implement specific targets, so that specific targets have been determined and will no longer be extended to people who do not need them. ,” he explained.