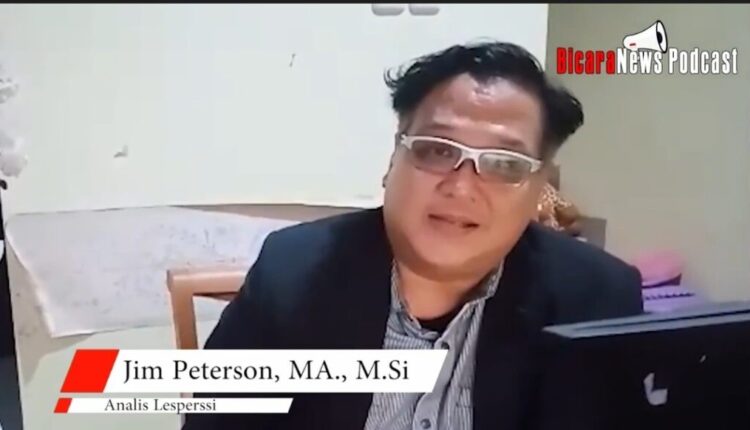 Papua researcher from Lesperssi, Jim Peterson, MA., M.Sos  said that the expansion of new provinces and districts in Papua is right to do for  a number of reasons ranging from historical, cultural,  economic  factors, and government. This  was said in a podcast show organized  by one of the national online media.

“First, the geographical condition  of Papua is very broad.  Second, the complexity of these geographical  conditions. And third, through expansion, Papua is expected to  be able to cut bureaucracy, so as  to  improve services to the community.  Including improving  educational services to Indigenous Papuans,” said Jim.

“If it is expanded into 5 provinces, then the distribution of population and the number becomes different. This  will facilitate the management of public services  to the people of Papua,” added Jim.

In closing he concluded that the expansion of provinces in the land of Papua could have a positive impact on indigenous Papuans. Therefore, all stakeholders need to provide support.

Mayday Commemoration Must Be Done Peacefully