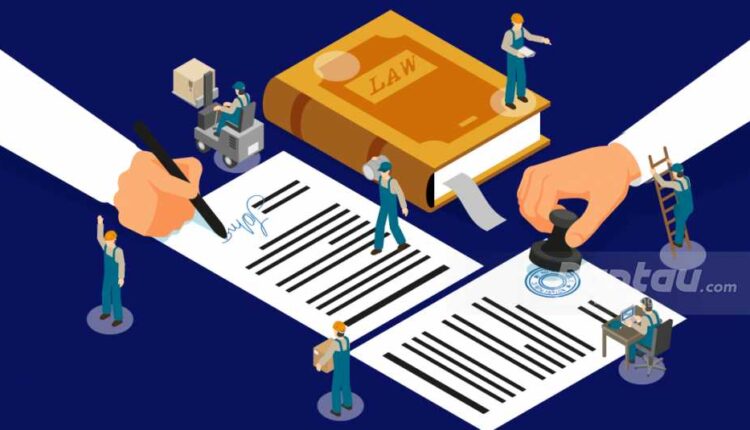 One of the drivers of the country’s economy is the progressive development of conducive investment. However, to realize this, of course, a regulation that is friendly to entrepreneurs and investors is needed, namely the Job Creation Law.

The Coordinating Minister for the Economy, Airlangga Hartarto, said that the existence of Law Number 11 of 2020 concerning Job Creation (UU Ciptaker) would create a better investment climate in Indonesia in 2022.

The Job Creation Act is encouraged to increase investment, increase competitiveness, expand MSMEs and facilitate the legality of MSMEs to obtain halal certification. In addition, the existence of Integrated Online licensing or commonly known as Online Single Submission (OSS) is also designed by the government to make its implementation easier for the community.

Airlangga also said that the government also continues to provide OSS services by increasing the capacity of human resources in ministries/agencies and in the regions, so that these services can be easily and quickly accessed by the public.

The government is aware of the decision of the Constitutional Court (MK) related to the Job Creation Law in mandating the government to amend Law Number 12 of 2011 concerning the Establishment of Legislation and is still in the process of being in the DPR. The results are expected to be given to the government for an inventory list.

In addition, to encourage investment, the government is also preparing the Omnibus Law method in drafting laws and regulations, increasing public participation, to obtain public opinion, the right to be asked for their opinion and the right to provide an explanation of the answers given.

Airlangga is optimistic that business conditions this year will go well and the perception of entrepreneurs after the Constitutional Court’s decision is still positive and 36% of business actors are optimistic that new businesses can run well in 2022.

With the existing situation and conditions, we are also optimistic that we can control Covid-19, control the national economy, reduce poverty and increase employment, on condition that the regulation of employment continues to be improved.

The Job Creation Law is the main capital for economic recovery in 2022. This regulation is believed to be able to streamline hyperregulation which has long been an obstacle to investment growth in Indonesia.

The Head of Employment, Vocational and Health Affairs of the Central Governing Body (BPP) of the Indonesian Young Entrepreneurs Association (HIPMI), Sari Pramono, said the Job Creation Law would create more job opportunities. The Indonesian workforce will also have a decent income. The Job Creation Law can also create a conducive investment and business climate. Especially in the MSME industry, so that they can compete at the global level.

Indonesia is a country that still holds the status of a promising investment destination. Even during the Covid-19 pandemic, foreign investors are still enthusiastic about investing in Indonesia. Last year, the realization of direct investment reached Rp 901.02 trillion or 100.1 percent of the Rp 900 trillion target and 104.8 percent of the Rp 858.5 trillion target set in the National Medium-Term Development Plan (RPJMN).

Initially there was anxiety in the minds of investors, which at that time spread to the stock exchange floor. The Composite Stock Price Index (JCI) for several days was also disturbed by this negative segment. However, investors’ anxiety is fading, until it finally disappears altogether. It seems that investors are aware that it is impossible for the government and the DPR to get out of hand. The Job Creation Law will definitely be corrected in accordance with the Constitutional Court’s decision so that it can be implemented properly in the field, not permanently declared unconstitutional.

The Job Creation Law not only simplifies overlapping regulations, but also develops a conducive climate so that investors do not hesitate to invest in Indonesia.