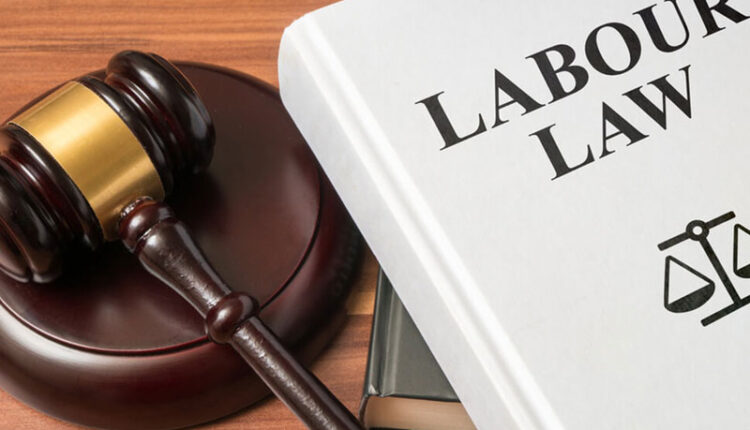 The Job Creation Law is a breakthrough for the Government in cutting regulations that are currently overlapping. Apart from providing the welfare of workers, the design is believed to be able to accelerate economic recovery.

Secretary of the Coordinating Ministry for Economic Affairs, Susiwijono Moegiarso, said that with the completion of the discussion on the substance of the Job Creation Law, the public will get various facilities in terms of certainty, accelerated licensing or business legality.

All of these facilities can be accessed by the community, starting from the Micro, Small and Medium Enterprises (UMKM) and Cooperatives sector.

The Job Creation Law will also make it easier for micro and small entrepreneurs (MSEs) to speed up the licensing process by registering online single submission (OSS).

For MSEs, the government provides convenience by providing certainty through simplification and acceleration of the licensing process, by expanding the Halal Inspection Agency, which can be carried out by Islamic Organizations and State Universities (PTN).

Meanwhile, for community plantations in forest areas, through the Job Creation Law, the community will be able to have certainty about the use of land in forest areas. This is regulated in social forestry schemes and also changes in function or release of forest areas.

The Job Creation Law also accommodates this problem by bridging solutions for workers and employers.

In addition, the government also provides a job loss guarantee program (JKP) in the form of cash benefits, upskilling and upgrading so as to increase workers’ capabilities and facilitate access to the labor market to help workers affected by layoffs (Termination of Employment), so that opportunities to get work again become greater than.

The Job Creation Law can also be a basis for worker protection from the threat of termination of employment (PHK) and revise the minimum wage for workers. In the Job Creation Law, there is a provision that asks companies to be able to provide a standard or safety net regarding the minimum wage for new employees through the Provincial Minimum Wage (UMP).

Director of the Institute for Digital Democracy (IDD) Bambang Arianto assessed that until now there are still many issues circulating regarding the loss of the minimum wage for workers in the Job Creation Law.

Bambang explained that the minimum wage equalization in the Job Creation Law is only intended for new employees whose work period is the first 1-12 months. Not for all employees, let alone old employees.

The problem is, how is it to prevent the company from being dismissed arbitrarily by new employees based on the company’s unilateral evaluation? These problems can certainly be anticipated by the existence of regulations as a safety net for workers.

Therefore, the role of the Job Creation Law can be a kind of safety net for new workers so that they are guaranteed a proper salary or minimum wage during the first 12 months.

We need to know that the World Bank has recorded the impact of Covid-19 on almost all livelihoods, such as workers in the transportation and construction sectors who report an income deficit.

According to the World Bank, without steps to reduce the economic shock, this pandemic could cause poverty to rise by 2.0 percentage points.

Thus, Wold Bank believes that the government has taken the right steps to restore the economy through the Job Creation Law.

The World Bank has also released a report on the Indonesian economy entitled Indonesia Economic Prospect: The Long Road to Recovery in July 2020. In this report, the World Bank has stated that the Job Creation Law is needed to support the Government’s efforts to accelerate economic recovery in Indonesia.

Moreover, there are many businesses that need support to overcome the economic crisis. Companies will need support to restart their production gradually or expand production, and at the same time the entry of new companies must be facilitated including overcoming investment constraints in the long term.

Currently, many businesses need support to overcome the economic crisis. The Job Creation Law is the right step to restore the national economy.

)* The author is active in the Bogor Student Movement (Gema)