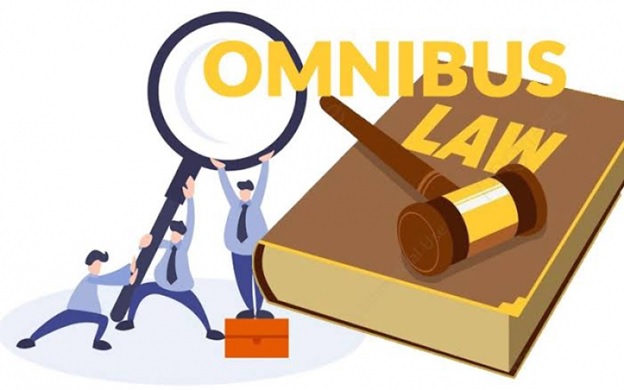 Community income is closely related to welfare. The drafting of Law Number 11 of 2020 concerning Job Creation is considered to be able to provide great benefits to the community. Because the contents of the Job Creation Act have a passion for the welfare of the Indonesian people.

Welfare can be interpreted that people can have a decent income. The job creation law is designed to achieve this. Of course, to increase people’s income, of course there are various factors needed, such as investment, business establishment permits to guarantee workers’ rights. Therefore, regulations are needed to regulate this, so it is hoped that the increase in income will be realized as a whole.

One of them is investment, the presence of this investment is important because investment is able to absorb a lot of workers so that it can reduce the number of unemployed. Investment is also the main factor that makes other factors of production productive.

Referring to data from Bank Indonesia shows that third party funds in Indonesian banks reached Rp 6,300 trillion. So the question arises, why Indonesians prefer to save their money in the bank rather than invest it in the productive sector.

Apparently, the reason is not only driven by economic factors alone. It can also be influenced by non-economic factors. Like existing regulations, complicated permits and an inefficient and long investment process affect potential investors to be reluctant to invest and choose to save their money in banks.

This is what makes the Job Creation Law important, where the regulation can support the convenience and simplification of business licensing.

When business permits become easier, it is not impossible that more people will be eager to set up businesses.

Ajib Hamdani as Head of Finance and Banking Division of the Indonesian Young Entrepreneurs Association (HIPMI) said the RPP for Job Creation shows the government’s commitment to providing convenience in the business climate in the regions.

In article 5 of the RPP it is stated that the ease of licensing carried out in the regions is to improve the investment ecosystem and business activities.

Furthermore, in article 31 it is written that business actors or MSMEs can register online to get permission to get a Business Identification Number (NIB).

This convenience will of course have an impact on increasing the income of MSME actors, in this sector MSME actors can also expand their business so that it will produce a multiplier effect where workers will be absorbed and supporting sectors such as courier services will increase in income.

The Job Creation Law is able to provide simple and efficient regulations.

Sari Pramono as Chair of the Employment, Vocational and Health Division of the Central Governing Body (BPP) of the Indonesian Young Entrepreneurs Association (HIPMI), said the Job Creation Law would create more job opportunities. The Indonesian workforce will also have a decent income.

He considered that the Job Creation Law could create a conducive investment and business climate. Especially in the MSME industry, so that they can compete at the global level.

With the ease of obtaining business permits, of course, it is hoped that the investment climate in Indonesia will improve. As well as attracting local and foreign investors to invest in Indonesia. If the investment rate increases, of course, employment opportunities will be more open in various sectors, so the number of unemployed will decrease.

On the other hand, the job creation law was indeed drafted with the aim of prospering and helping job seekers in Indonesia. Especially in the midst of a pandemic situation where the economy also had a chance to stumble.

On a different occasion, Director of the Indonesian Employers’ Association (APINDO) Agung Pambudhi hoped that the government would resolve the investment problem and try to implement a derivative regulation of the Job Creation Law which is being drafted.

Therefore, the government must also be firm as the holder of the policy authority in deciding the licensing and legal rules.

Employers certainly really hope that licensing services will provide much more certainty than before the existence of the Job Creation Law.

The existence of this certainty is of course a special attraction for investors or entrepreneurs. No wonder the job creation law is often referred to as the sweeping law of the universe.

It is estimated that the Job Creation Law will open around 46 million job vacancies once it is passed. Of course, with the arrangement of the Omnibus Law that has been designed in such a way, of course this is not impossible.

Referring to BKPM records, Indonesia has a vision to become the top five countries with the strongest economy in the world, and has a GDP of IDR 27 million per capita per month by 2045.

This shows that the Job Creation Law does not only regulate regulations, but also has a strategy to increase people’s income.

BBM Social Support from the Government Prioritizes the People’s Benefit