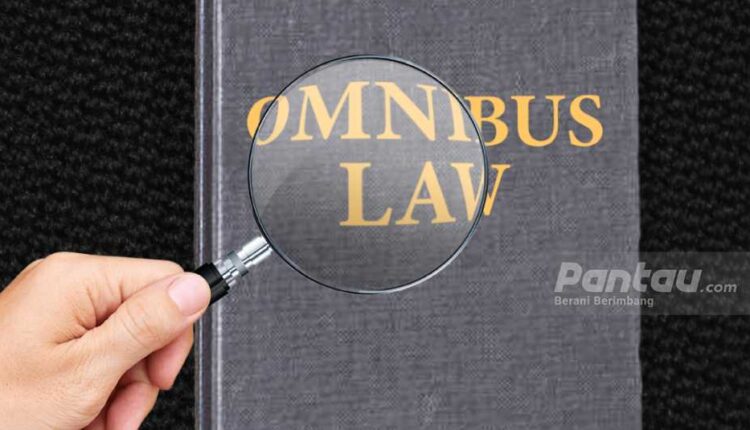 Job Creation Law Lawsuit Can Be Through The Court

The Job Creation Law was controversial because there were parties who misunderstood the articles. There are also those who are only consumed by hoaxes. President Jokowi has invited those who disagree with the Job Creation Law to conduct a direct judicial review to the Constitutional Court.

The Omnibus law of the Job Creation Law could hold the record for being the law that has the most reports and protests. The reason is because many people do not understand the articles. It also turned out that they were only exposed to fake news about the law. But didn’t check the truth, and immediately got emotional when demonstrating.

The demonstration against the omnibus law was not held just once, but many times. Even though after the demonstration, President Jokowi made a speech to straighten out the hoaxes about the Law. Also inviting workers or other groups who protest to file a lawsuit directly to the Constitutional Court.

After being invited to submit a judicial review , several people went to the Constitutional Court and sued the omnibus law on the Job Creation Law . First, there are 2 workers named Ayu Putri and Dewa Putu Reza. Then there are 5 civilians who are not only private employees, but also students and students. There were also 3 Papuans who filed a lawsuit at the Constitutional Court.

The labor union also filed a lawsuit to the Court. Said Iqbal, President of the Confederation of Indonesian Trade Unions is preparing 2 lawsuits regarding the omnibus law, specifically the labor cluster. He revealed that the two types of lawsuits are formal tests and judicial reviews . However, he still waited while preparing the lawsuit and seeing the situation.

The freedom given by President Jokowi to the public to challenge a law directly to the Constitutional Court deserves our appreciation. Because it shows that the government is not arrogant and tyrannical, but actually implements democracy in Indonesia. The ease of suing shows Jokowi’s wisdom.

Within a year serving as head of state for the second time, Jokowi demonstrated the type of leadership that is willing to hear the people’s voice. When the omnibus law was still in the making process, there were also inputs from various parties. Even if someone does not agree with the articles, they can go directly to the Constitutional Court. Of course, by bringing a complete file.

Compare with the New Order era . When there is a wave of protests, the solution is the circulation of the terrifying Peter. So this freedom to challenge shows that the current government is moving forward, not backward. In addition, the President also guarantees the freedom of people’s views which began in the reform era.

However, freedom of opinion does not mean that you can say carelessly. Instead of making them status in the social media and getting caught up in the ITE Law because they are considered insulting the government because they don’t agree with the omnibus law, isn’t it better to file a lawsuit with the Constitutional Court? Indirectly, the president protects his people from the worst.

Permission to sue the omnibus law also prevented further demonstrations. So that people can go directly to the Constitutional Court, instead of demonstrating. Tired of demonstrating, he was too hot on the road, and finally caught the corona. As if he had fallen and then hit by a ladder.

Many people will avoid the danger of corona transmission from the demo cluster. Because from the 6-8 demonstration last October, there were already 12 people who showed reactive results after the rapid test . The president certainly thinks about the long-term effects of a decision, and allowing them to go to the Constitutional Court can secure a lot of people.

If President Jokowi allows the people to challenge the omnibus law of the Job Creation Law to the Constitutional Court, it shows that he is a democratic figure. Later, the Supreme Court judge will decide whether the law is actually detrimental to the people, or is it even profitable.