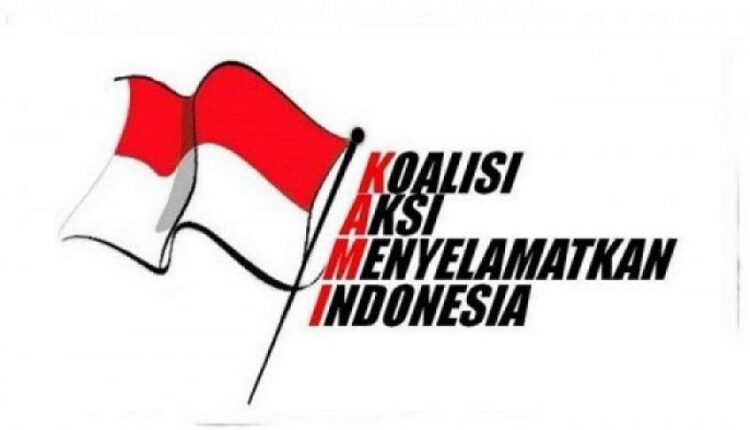 KAMI presence hinders the handling of the Covid-19 pandemic

The emergence of the Coalition for Action to Save Indonesia in the Middle of the Covid-19 Pandemic seems to have received a response from many parties. However, one thing that was very visible from the action was the crowd that could not be avoided, so it was clear that this action did not comply with health protocols.

The 1998 activist exponent responded that the KAMI declaration was an opposition group that had no clear direction if the aim was to make corrections and solutions to improve the life of the nation and state.

The 1998 activist exponents who are now spreading in all fields highlight the establishment of KAMI without a clear concept, let alone mature if the goal is for the 2024 elections.

One of the 98 activist exponents said that KAMI are a movement that is not urgent for the needs of the nation. He suspected that KAMI were just a group of figures who had no significant role to do if they claimed to be fighting for the people. Even though the social status and economic capacity are well established. Unfortunately, he saw no clear concept regarding the direction of this movement.

There is no need to be overly clarified, the point is, they have to clear it to choose whether to become a moral movement or a political movement.

Meanwhile, another member of the exponent, Hengky Irawan, actually suggested to KAMI figures who had long been active in state institutions and even became TNI Commander in the Jokowi-JK administration to be more elegant and appreciated by the people when they wanted to form a party.

The direction of the struggle from KAMI is also clear, namely giving a negative stigma to the government by agitating propaganda, so that some people feel empathy and side with them.

We need to know that KAMI have the assumption that the government cannot attend the various problems faced by society. From an economic standpoint, KAMI ask the country to be present to save Indonesia from an economic recession.

This statement was responded to by Member of the Indonesian Parliament from the Golkar Party faction, M. Sarmuji, who said that what the government had done had met KAMI demands. The government has even integrated health management with economic recovery, so that the two do not cancel each other out, even become complementary steps.

Sarmuji assessed that KAMI seem to have closed our eyes to all that has been done by the government to save MSMEs, small traders, laborers and farmers. The fact is that the government has taken many steps and has allocated a budget of hundreds of trillions to overcome the impact of Covid-19 through a national economic recovery program, especially for credit relaxation, especially for small businesses, support for corporations and SOEs and a number of other steps.

According to him, KAMI need to open our minds and hearts to acknowledge the government’s efforts. From existing data, Indonesia is one of those that has succeeded in keeping the economy from falling too deep.

He said, try to look at the data of all countries, then compare it with Indonesia. In fact, Indonesia is one of the countries with the best economy. There is no need to compare it too far with America, which in the second quarter fell to minus 32.9% with allied countries such as Malaysia, the Philippines and Thailand. Indonesia’s economy is still better off.

However, don’t expect that Indonesia can grow positively alone when all countries are experiencing a downturn. Because this is tantamount to telling the government to play magic.

To rise from the downturn, especially in the economic sector, of course, the roles of various roles are needed to always work together to be free from adversity during the pandemic.

On a different occasion, political observer Haris Hijrah Wicaksana stated that the KAMI declaration movement which contained opposition figures was a movement that only viewed it subjectively and always blamed government policies.

He also considered that the KAMI declaration in the midst of the pandemic was aimed at getting the government’s attention so that the leaders could return to a coalition under the auspices of the Jokowi government. Because, among them there are figures who have served in the Jokowi administration, such as Rizal Ramli, Said Didu and retired Gatot Nurmantyo.