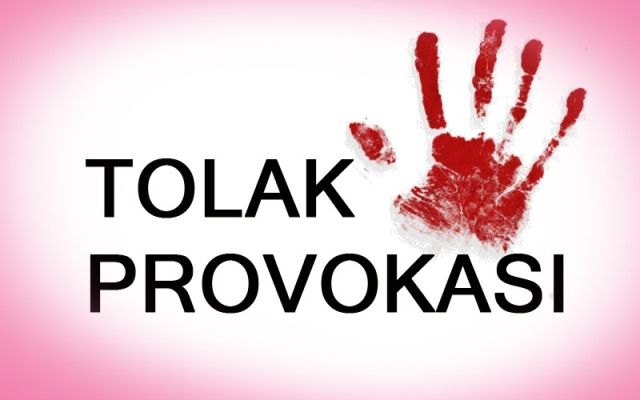 The labor demonstration which lasted from 6 to 8 October has left stories of grief over damaged infrastructure. But instead of giving up, there are plans for another demonstration on the 13th. Moreover, the workers feel they have the upper hand because they are supported by US. Even though they only provoke people to hate the government.
The workers are very happy because the demonstration plan against the omnibus law is supported by US. Through its presidium, WE express moral support for workers and think they are conveying the aspirations of the people. WE also think that if the omnibus law is implemented it will destabilize the situation in Indonesia.
After 3 days of demonstrations in a row, the workers might feel relieved. However, they do not want to be responsible for the damage to infrastructure during the demonstration. Starting from the police station to the DPRD building, the mobs were damaged. Even blaming Anarcho, who they think is the real culprit. Feelings of arrogance arise because they feel protected by US.
This situation became even more chaotic when rioters were arrested. In fact, they clearly made a mistake, because they damaged public facilities. And desperate to protest even though it was still a pandemic. When the authorities secured them, they played the victim and felt that the right to protest was being silenced. But forgetting that expressing aspirations does not have to be accompanied by anarchy.
Not satisfied with the demonstration for 3 days, the workers will hold another demonstration on 13 October 2020, because they feel that their aspirations have not been heard. Even though Presden had responded to the demonstration through a speech and straightened up the hoax about the omnibus law. But they were indeed provoked by US to demonstrate again and again, so that they would hate the government even more.
Whereas in reality, when someone was arrested during the demonstration, there were no US figures who helped. Or at least give moral support. It is proven that OUR support for the demonstration is only sweet in the mouth. Therefore, workers don’t want to be provoked by US who only take advantage of the situation, because they want to be famous and highlighted by the media.
The Indonesian Labor Institute has reminded workers to be careful. Because it is certain that there will be a politicization of labor demonstrations. It was proven during yesterday’s demonstration that it was deliberately set up so that workers continue to persecute and hate the authorities and government. Meanwhile WE are happy because their intention to turn the people against the government has been successful.
The politicization of demonstrations is very dangerous because it destroys the essence of conveying aspirations. US workers made pawns to protest against government policies. When the Law cannot be abolished, they stir it up again and say that the government is evil. And spread hoaxes. The workers must know which hoax is true so that they do not demonstrate carelessly.
Stainlaus Riyanta, intelligence and security observer has also warned workers that there will be provocateurs during the demonstration. Especially when a demonstration is at its peak, it is not possible to distinguish whether it is workers, students, civil society, or anarcho who are motivating them to move forward. The important thing is that there are those who shout and they come forward for their aspirations and the abolition of the Law.
When acts of anarchy emerged, the demonstrators were said to be aspirational heroes. This reversed logic makes officials feel dizzy because their city has been damaged. On the other hand, WE instead of strongly rebuking the vandalism of public facilities, we praise the courage of the protesters. Because it represents the aspirations of all workers and Indonesian citizens.
Workers do not want to be driven by US just because they express support for the demonstration. Understand that the omnibus law that is being protested due to hoaxes is spread and the original version is not like that. During another demonstration, OUR strategy to politicize the omnibus law could succeed and turn the situation in Indonesia into chaos.

The cure rate for Covid-19 patients continues to increase