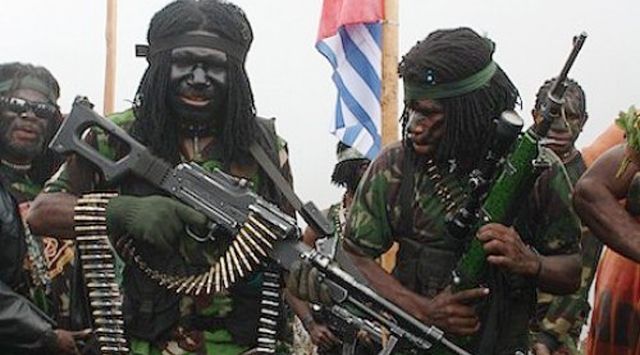 KKB in Papua injures civilians, must be eradicated

Armed criminal groups that have been labeled as terrorists will continue to be eradicated until completely. The reason is, they continue to injure the Papuan people and their victims to the point of losing their lives. This action must be stopped as soon as possible, in order to create security on the Earth of Cendrawasih.

OPM has a troop called the Armed Criminal Group, but unlike the Indonesian army who protects all the people, KKB members use rifles to scare civilians. They have several headquarters and their members are people who have gone the wrong way, because they still insist on liberating Papua.

To carry out its mission, the KKB always uses violent means, such as terrorizing the real world and cyberspace. The threat of KKB certainly makes civilians afraid to carry out their normal activities. Not surprisingly, many people were finally relieved that the KKB was labeled a terrorist group by the government, because their actions had crossed the line.

Reza Indragiri Amriel, a forensic psychology expert, stated that after the KKB was declared a terrorist organization, it was considered a common enemy. Currently the position is different, because the label terrorist will provide legitimate justification for each component of the nation. So that KKB is considered as public enemy . So it must be eradicated quickly, decisively, measured and thoroughly.

Why should the KKB be punished by the authorities in a firm, measurable way? The reason is because they have hurt the people’s hearts too long, since Papua (formerly Irian Jaya) became a province of Indonesia in the 1960s. When they were disappointed with the results of the Pepera (determination of the people’s opinion), the elements formed a KKB that terrorized civilians in Cendrawasih Earth.

We will see from the beginning of 2021, the KKB’s list of crimes is too long. First, they set fire to the plane and threatened to take the pilot and passengers hostage. The reason for this was because the KKB thought that the passengers were undercover officers , even though it was only civilians . Luckily there were no casualties in this horrendous incident.

Second, KKB shot a helicopter that was passing over Tembagapura’s sky. Although there were no injuries or casualties, there was a leak in the fuel container, and the helicopter landed safely. It could be that they shot the helicopters thinking that this means of transportation belonged to the TNI which they were afraid of.

While the third, CLA troops under the command of Sabius Walker with heart burn at school buildings h. Do not stop there, they also killed a student named Ali Mom, and shot 2 teachers. With the excuse that their teachers and students thought they were spies for the TNI, even though they were only ordinary civilians.

When the list of KKB crimes is too long , it is only natural that they should continue to be chased back to their headquarters. The joint force named Satgas Nemangkawi was directed to eradicate the KKB and search for them all the way to Ilaga, Puncak. Because it is prone to conflict there and sure enough, one of the KKB headquarters was found.

Currently the apparatus is focusing on finding another KKB headquarters so that all KKB members are caught, so that this terrorist organization disappears. Not only from Papua but from all over Indonesia. There should be no more foreign parties supporting the KKB because they are just as insulting the Indonesian government, and it is not their right to do so.

The elimination of the KKB was carried out intensively and quickly, so that their members would no longer terrorize Papuan civilians. When a KKB member is arrested, he can be charged with a criminal case, because he was guilty of shooting at innocent civilians. KKB must be eliminated from all over Indonesia so that peace can be created immediately.