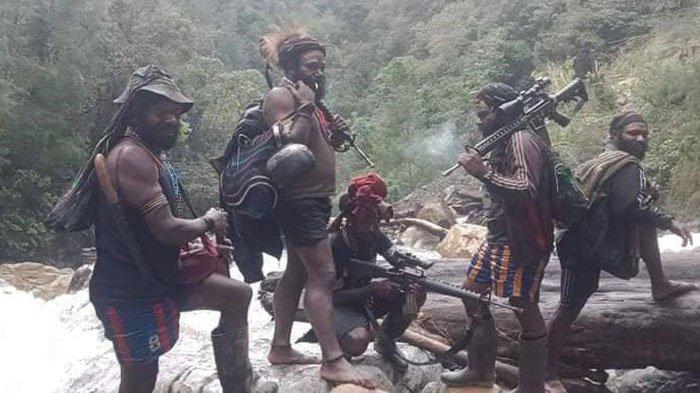 The Armed Separatist Criminal Group (KKSB) acted again with the shooting. Their cruelty made the public hate this separatist organization, for carrying out attacks inconsequently. The KKSB also stopped the development of Papua and did not want the region to be promoted by the central government.

The peace in Oksibil District, Bintang Mountains District, was disturbed by the shooting incident. KKSB fired a bullet at the TNI official car. Even though they are carrying logistics. KKSB was cunning by shooting from a distance (200 meters) and did not dare face to face with the authorities.

Danrem 172 / PWY Brigadier General Izak Pangemanan stated that 2 members of the TNI were victims of the incident. They were Prada Goesmansyah and Prada Haldan, who suffered bruises and bleeding from being hit by bullet fragments. The two men immediately received first aid at Oksibil Hospital.

Brigjen Izak Pangemanan continued, the shooting of the TNI official car was a sign that the KKSB was hampering development in Papua. Because the apparatus was deployed in Bumi Cendrawasih to assist the central government in advancing the region there. The car that was shot also contained very important logistics.

Another incident which proves that the KKSB is hampering development in Papua is when they fired on Istika Karya workers who were planning to build a bridge, in 2018. Even though the bridge is part of the Trans Papua Route. How can they be anti-progress and not want this path to be completed immediately?

In fact, many civilians want the Trans Papua route to be completed immediately, because it can speed up transportation and save time. However, the KKSB did it all by itself and had the heart to shoot innocent workers. In this bloody incident, they displayed intolerable cruelty.

KKSB felt afraid when Papua would advance and become a modern region, because they felt they were being colonized by Indonesia. Whereas Papua is part of Indonesia, and they even insist on establishing their own state, which is illegal in the eyes of the law. Because they cannot establish a country within a country.

The mindset of this separatist group needs to be straightened out, because they still want to declare the Federal State of West Papua. How can they manage their own country if they take advantage of facilities built by the Indonesian government, such as roads? They should be embarrassed.

If any KKSB and OPM members are arrested, they will play the victim and ask for help from the international community. Even though other countries will not interfere, because this problem is not their right to help. Even the United Nations does not recognize the legality of West Papua.

KKSB is anti-progress because when civilians get smarter, they can’t be provoked. They have always persuaded people on Earth of Cendrawasih to prefer the Morning Star flag over the red and white flag. Whereas the Papuan people do not want to follow their path to become separatists, because they love NKRI more.

The Papuan people understand that KKSB is only a handful of separatists who seek attention, and they don’t want to be influenced by it. They are also not sympathetic because they feel that so far the KKSB has always messed up security in Papua. How can the gang of troublemakers be indulged? Even though it never provided any benefits.

The disturbing existence of the KKSB made the Papuan people furious. Because in addition to being anti-progress, they don’t understand that President Jokowi’s government is much better now. However, KKSB felt that all presidential administrations were the same and they thought it was detrimental.

The shooting incident carried out by KKSB shows that this separatist group does not want its territory to advance. Because it could be that the Papuan people who are getting smarter will hate them and understand that they have been lied to. Don’t let any more civilians become their sympathizers.

) * The author is a Papuan student, living in Makassar

Handling of Covid-19 is Getting Better